On the process of writing a story from beginning to end


The requirements for students doing a creative thesis (vs critical) at Hollins depends upon what type of creative piece the student decides to write. Since I'm doing a YA novel as my thesis, it must be 150 pages long. Then I must do a 10-15 page critical essay "situating the creative work in the historical and critical context of children's literature"...which will be harder for me than the 150.
My process in writing this thesis has been a huge learning experience for me, so I thought I'd share it with you in case you're blocked up and can't write anything so you figured you'd fill up your time reading a blog post. The story that would turn into my thesis began in an undergrad fiction class I audited because my favorite professor of all time was teaching it. That was in August of last year. In November of last year, I took inspiration from NaNoWriMo and spent that month writing at least five pages per day until my novel was finished, if very messy and most of the time incoherent. If you're ever stuck, I highly suggest writing and writing until it's done, even if the end result is terrible. Writing The End was a huge boost for me. I'd never gotten that far before, and now I knew I could do it. 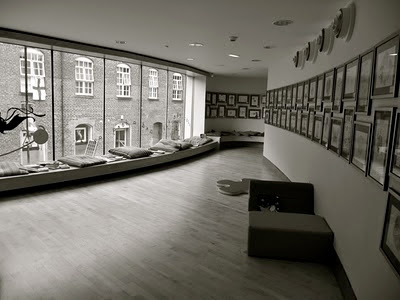 The reading room at Seven Stories
From there, I began the editing process. I actually love editing. That first draft was so very awful that editing was like walking into a room that I knew was beautiful underneath but was currently unrecognizable beneath the mess. Editing is my way of saying, "Hold on. Just give me a minute. I promise there's something worth waiting for here if I just use this broom and dustpan. And possibly some bleach."


But why bother, you may ask. Why go to all that trouble for a story?
Because it's what I do.


I have something to say, which is the reason I write. I don't write to see myself think. I write to be read, and to be read, I need to it be damn near perfect. Hence the editing, the struggle, and the hope. 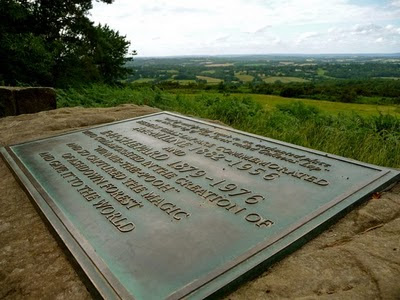 A plaque honoring Milne and Shepard overlooking the 100 acre wood
The next step in my process was to set a goal. Just telling myself to clean the room wasn't exactly enough. I needed a deadline. I told myself I'd at least get the very beginning of the story spotless so I could take it to the SCBWI conference in New York in January 2010 so I could present it at the writers' intensives and hopefully get noticed by an editor. That gave me two months to spit shine. I was lucky enough to have a group of writerly and readerly friends who were willing to help (a critique group of close and trusted readers, for me, is invaluable). The next two months involved sending the group my work, editing, having them read again, editing some more, and so on.
When I attended the intensives, I did actually happen to get the attention of an editor. I was invited to send in the first few chapters of my story for her to check out. I scrambled to clean them up, wrote my very first query letter, and crossed my fingers as I hit send on the email. (For really great info about writing query letters and talking to editors and everything in-between, click here The Purple Crayon or check out the resources at the SCBWI site.) Months later, I got an email saying the editor would like to see the full manuscript. That was a good day and a bad day. It was good because, Yay! An editor wanted to see my manuscript!! It was a bad day because I knew it wasn't ready and wouldn't be anytime soon but I'd have to do my best and send it anyway and this would all probably end up being a really good learning experience and not my breakout novel moment.
And I was right. I edited my story to death and back and sent it in. Months...and months later, I finally heard back. She didn't want my story. But she did have a lot to say. She spoke about the strengths and the weaknesses, about what I should do as a next step professionally, and about the people I should talk to in order to make that next step. After getting my formal (though very generous and not nearly as painful as I'd thought it would be) rejection letter, I came to be relieved. See, I hadn't worked on the story in a couple of months because I'd been in school, and there's this magical thing that happens when you write a story and then ignore it for eight weeks--you get perspective! You begin to see its flaws clearly. It's as if you're reading something someone else has written, like you didn't write it at all and can finally see it for what it is. When I went back to my manuscript, I could see its problems jumping off the page begging to be fixed. If the editor had taken it as it was, I would have had to question her editing abilities. 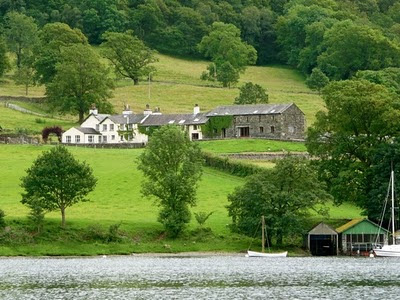 Inspiration for Swallows and Amazons
I'm glad to have written a cover letter and gone through the submission process and survived a rejection. But what I'm actually most glad of is the critique she gave me. I opened my story and started making a few of the changes she suggested, and suddenly everything opened up again. The story got new life. If you've ever written anything and gone through the editing process, you'll know what I mean. You'll know that I mean you got new life, not just your story. Now the novel I had in mind from the beginning, the beautiful shiny room I mentioned before, is actually starting to show through. I had begun to wonder if that was even possible, but I can see that it is. It just takes time.
But back to the thesis issue--after working on the story so much, I figured it may as well be my thesis since I needed a story for that and this one was coming along so nicely. I have two wonderful thesis advisors overseeing my work (check them out here: Jamila Gavin and Alexandria LaFaye), and I'm set to graduate in May which means I'll be finished with the story by then and submitting it to agents.
I really knew I wanted to be a writer when I realized I love the process. I love seeing the story come together and get stronger, and I can't wait to share it when it's near perfect enough not to make me crazy. This is who I am. It's what I want to do. And if you're who you are and doing what you want to do, you'll know what I mean.
So. Back to editing now. I'm doing a huge rewrite at the moment since my protagonist was apparently the wrong age and her friends in the journey were sometimes confusing and her motivation had the tendency to feel foggy to everyone but me. One last picture, and then I shall confess some of my writerly sins to reward you for making it through this post. 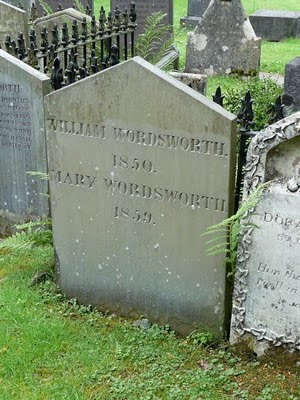 I think this one is self-explanatory, but what a beautiful place to live and...rest
1. I'm horrible at plotting. I can character build pretty naturally, but when it comes to story coherence, I have to work at it.
2. I'm wordy. When I say I clean the room with a broom and dustpan, what I really mean is vacuum cleaner.
3. I misspell things. Or is it mispell?
4. My symbolism is too subtle.
5. I have pet words like then, suddenly, and well. I have to go back and edit them out regularly.
6. I overuse dialect.
Posted by Robin at 10:33 AM