"This was altogether a more sensible sort of room that I had got into; for the walls were honestly upholstered with books, though these for the most part glimmered provokingly through the glass doors of their tall cases. I read their titles longingly, breathing on every accessible pane of glass, for I dared not attempt to open the doors, with the enemy encamped so near. In the window, though, on a high sort of desk, there lay, all by itself, a most promising-looking book, gorgeously bound. I raised the leaves by one corner, and like scent from a pot-pourri jar there floated out a brief vision of blues and reds, telling of pictures, and pictures all highly coloured! Here was the right sort of thing at last, and my afternoon would not be entirely wasted."
~ from Chapter 5 of Dream Days by Kenneth Grahame
Last summer, my classmates and I had the rare joy of seeing original manuscripts of classic literature and original artwork while visiting the Bodleian Library in Oxford. Before going into the stacks (and through an underground tunnel system for transferring books which made me feel the sense of adventure and mystery one usually leaves behind with childhood), we saw original artwork from The Hobbit and The Chronicles of Narnia as well as handwritten portions of The Magician's Nephew. Copies of Tolkien's artwork now live on my walls in poster form, which is nothing like being inches from the originals, but they remind me the originals exist in my memory and in real life. 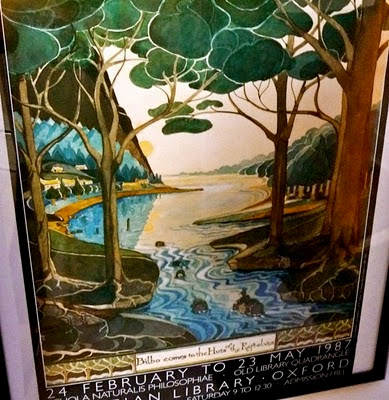 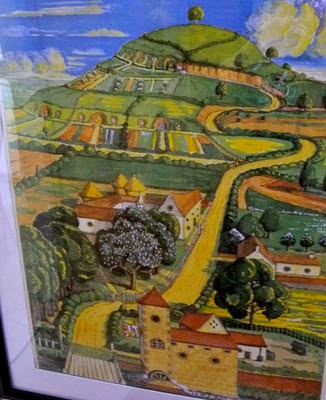 In Newcastle, we visited Seven Stories to see more manuscripts including some by Philip Pullman and, my personal favorite, a draft of Tom's Midnight Garden with a different ending than the one that was finally published.
I say all that to say this--after seeing those rare books and manuscripts, I got the bug. I came home and immediately began looking for an opportunity to somehow work in the stacks with children's literature. Lucky for me, the Thomas Cooper Library at the University of South Carolina in Columbia is home to the Irvin Department of Rare Books and Special Collections with a special collection in children's literature. When I contacted them at the beginning of the year, they were in the process of moving, so I had to wait until about a month ago to begin volunteering. Since then, I've been researching an acquisition of "girls' books" from the early to mid-1900s. They're books like the Cherry Ames series, The Bobbsey Twins, Nancy Drew (which seems to be making a comeback), and Trixie Belden (also still popular). 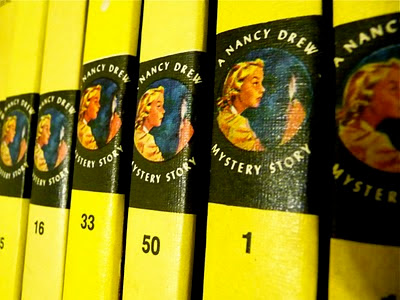 My project has involved sifting through boxes of books to organize the different series, making a list of authors/publishers/publishing dates/editions/special considerations (like a book's condition and whether or not it's a first edition or still has a dust jacket), and estimating values. It's been fascinating to find that so many of the series are similar to one another, that some are still very popular, that some have been edited in order to be more politically correct, and that a book's value can vary greatly depending on the corners being crisp instead of bumped, the spine being tight instead of loose, the dust jacket being price clipped, or even whether or not the child who read it signed her name inside or left it blank. I personally think the value should be greater on a book like one Nancy Drew in the collection which has the following message written in pencil inside the front cover (italics, underlining, and punctuation by original writer of message):

Whoever
reads this
book is doomed
to death
by order of
death and stinks
P.S. you do!
How is that not worth a few extra dollars?
Another reason this project has been fun is because my shelves contain some of the very same books I'm researching, which were recently given to me by my mom: 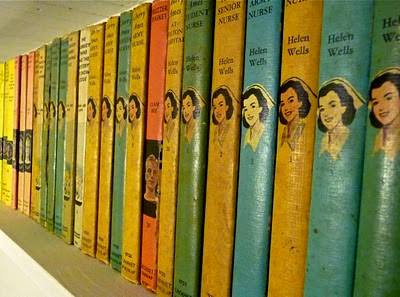 My next project involves researching Coretta Scott King Award winners, but more on that later (and more on this book, the 2010 author award winner I've been hearing so much about).


More Christmas wishes for whenever you or I run into a bag full of gold:
The Hobbit
The Great Divorce
The Last Battle
Posted by Robin at 10:49 AM