When I was little, I longed to do the dishes. It looked like so much fun--all that warm water full of bubbles, dishes making music as they slid past one another before disappearing beneath the foam, the mysterious satisfaction of taking something dirty and making it clean. I remember Mom laughing and saying, "One day, you'll wish you didn't have to do the dishes." I couldn't fathom that. I'd have traded any number of Barbies for a chance at the sink. But it was a long time before I was allowed. As you and I know, sometimes shining bubbles hide very sharp knives.

Mom, in her wisdom, did allow me some grown-up opportunities. The one I remember most distinctly was my job as seeker of stones. Before a deliciously earthy meal of brown beans with onions, cornbread on the side (with lots of butter), and tomato slices (if they were in season), Mom would ask me to sort through the bag of beans. Sometimes there were rocks or tiny sticks in there, she said, and if I didn't get them out, they'd end up in someone's bowl. As you can imagine, I took this job very seriously. I'd sit with my legs folded under me at the kitchen table, a high, rough rectangle of wood with legs, put together by my papaw. My only tools were a bowl and a sharp set of eyes. Beans went into the bowl to be rinsed. The sticks and stones formed a pile on the table. I imagined that if I went through and found nothing, Mom might think I hadn't looked hard enough. If I found too much, she might not want to use that bag, which would mean no big steaming bowls of buttery, salty, soupy, oniony beans that evening. What a terribly important job, being the bean sorter! I was always proud of my little pile of stones at the end. I eventually started putting half-beans to the side as well, even though Mom said they'd be alright to leave in. The decision was ultimately up to the bean sorter, and the bean sorter in this case chose to take out half-beans so her loot pile would be more impressive. 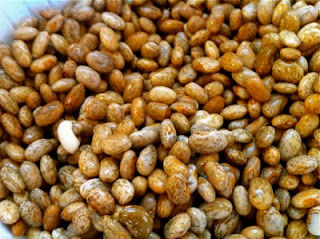 Recently, during several intense days of editing articles on a tight deadline for a magazine, a thought occurred to me: Editing is basically looking for stones. It's looking for things that don't fit and removing them so the end product will go off without a hitch. No one wants to bite into a stone. Or a twig. Or even a half-bean, if you're like me. I want perfection: the right mix of salt and butter and onion and beans. I want fluffy cornbread with butter and honey (on the comb, if you have it). Give me ripe tomatoes or none at all. And I don't want to get too full. That would ruin the experience. I prefer to be left wanting more.

I learned while doing this project that the process of taking a written piece from bag to bowl is one I love. Making sure everything is right--the tone, the style, the grammar, consistency, subtlety, voice--is rewarding. I actually want to find errors. With its pile of errors discarded to one side, a written piece can be seen and appreciated fully instead of being filled with distractions. With my own writing, I find myself (with a little bit of luck and usually after many, many revisions) saying, "There! That's what I was trying to say!" But editing yourself is different from editing someone else. It's a much more personal action to take away a precious sentence here, a lovingly placed aside there. It's difficult to delete a character or to save an epiphany for the next story. It's natural to want to create perfection on the first go and be reluctant to admit mistakes. But it's also natural to then slowly begin to extract what doesn't belong. Don't we hope to continue to become better? And doesn't it sometimes hurt during the process? But the end result is worth it. 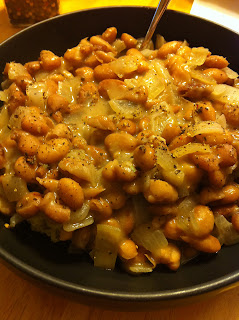 Of course, what happens at that rough table is totally different from what happens in the kitchen! And in truth, editing is done throughout the entire process and up to the very end, not just in the preparation stage. Maybe someday when I'm wiser and more experienced, I'll write everything I've learned about the great art of cooking up a story. For now, I'll just share a few things I learned from my brief but interesting stint as a contract editor and from those old days of looking for stones:
Posted by Robin at 9:14 AM