Lately, I've been cooking. When I first got married, I baked a lot. I did carrot cakes and cheesecakes and cookies and all sorts of adventurous desserts, mostly from scratch. Eventually Jonathan asked, in regretful tones, if I'd please stop because his clothes were getting tighter. I agreed, but that pretty much ended my fun in the kitchen. I was never good at cooking actual meals. I was more of a freezer-to-microwave girl. So he took over the cooking, and I've gratefully eaten dinner for several years now with little involvement in the process.

But one day recently, I decided it was time to get back into the kitchen. I've been needing something--something I could start and finish and enjoy all in one day, a need I blame on teaching. Spending long gray days in front of the computer screen, grading papers and quizzes, analyzing texts, tweaking syllabi, answering emails from students, teaching night classes, learning from my many mistakes...it's all a bit...endless. And since I only half (if even that much) know what I'm doing, it's been a huge and stressful life change. Good in many ways, but stressful.

I've discovered though, that when I step into the kitchen, I get something teaching doesn't give me: instant gratification. All I have to do is follow the instructions, and I'll finish something I can be proud of. I'll be on my feet, using parts of my brain and body I haven't used all day. I put music on, and the house starts to smell so good, the garlic sizzling in the pan or cheese melting over sautéed onions or sweet juices bubbling up around the crust of a cobbler, and Jonathan will make comments about how good it all looks, and then it's on our plates, and in seconds, we're sitting back feeling stuffed till one of us makes a move to roll into the kitchen to cram the dishes into the dishwasher. When everything's done and clean and we're sitting on the couch to watch a movie, I can say I've completed at least one thing that day. It's both relaxing and satisfying, maybe relaxing because it's satisfying. And I need that. I need to know that even if I'm struggling in certain areas, there's at least one thing I can do pretty well. 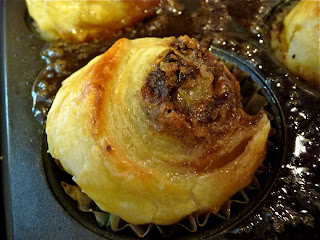 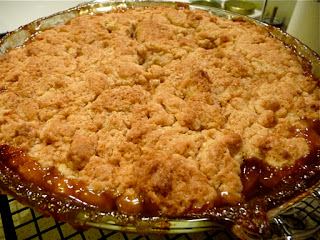 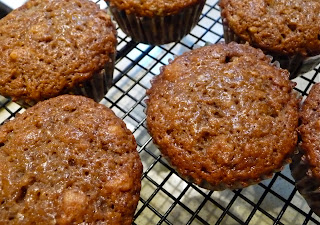 But dinners are the real challenge. It seems the greater the challenge I can meet in the kitchen in the evenings, the further I stay from crazy-adjunct-teacher-land during the day. First I tried a side dish, a dip really--some homemade hummus. It's actually not that difficult to make. It's just time-consuming. Though I hear it takes years to perfect, with a shake of red pepper and a drizzle of oil, it was definitely better than store-bought. And all the effort made it more fun to eat. 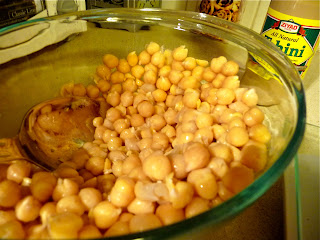 With hummus under my belt (quite literally), I figured I could do anything. I got really brave and did my first tart the other night. It had goat's cheese and red peppers and cherry tomatoes and black olives and red onions, and just talking about it makes me hungry. Next time, I'll use more crust than the recipe suggested. I almost always want more crust with anything crusty. 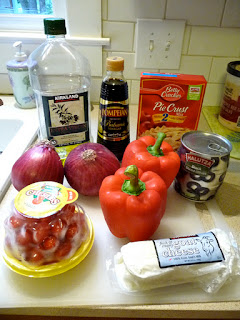 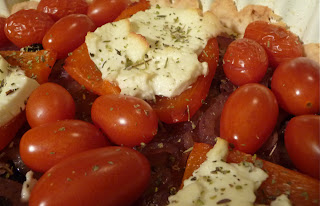 Then I did a spinach and feta filo pie once I figured out the mystery of filo dough. It's amazing when crisp on the outside and hot and gooey and cheesy in the middle, but it's not bad cold either. 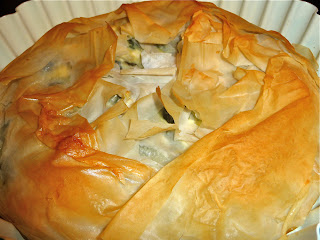 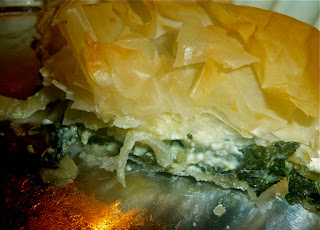 Yesterday evening, after spending all day getting final grades dealt with, I decided I needed something with lots of fat, so I tried twice-baked potatoes with goat's cheese and parmesan broccoli. Jonathan had meat with his. I'm a vegetarian, but the rich, spicy smell of the sausage as he was cooking was almost enough to turn me back into a carnivore. The potatoes were magical due to all the butter and cream and cheese. Then it was pistachio pudding pie, one of the easiest and best desserts ever, especially with whipped topping. 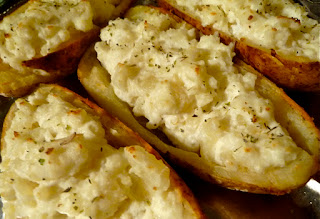 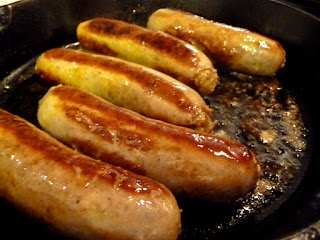 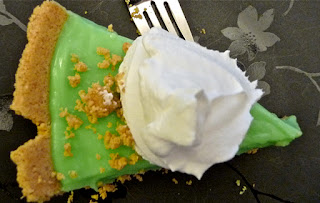 Getting the idea? I know, I know: this isn't about writing or reading or teaching, but that's exactly the point. It's a break from everything. It's doing something else. Anything else. (Shame I didn't become an exercise junkie instead.) Besides, how can I write about life if I just read about it and never live it? How can I teach if I never learn? How can I spend all my days reading about other people's adventures and never take my own? (Trust me--cooking is an adventure for freezer-to-microwave girl.) How can I run my own b&b someday if I can only provide one b?! If that dream ever comes true, and if you come stay, I promise not to give you instant pudding pie unless you really want it. For you, only the best: chocolate cherry cheesecake. And walls lined with books. And flowers in the garden. And two cats and a dog. And me, hunched over an old desk in a corner with a stack of papers, a pen, a plate of orange marmalade muffins, and a few more white hairs than I have now. Hopefully by then, I'll know more than half what I'm doing, both in the kitchen and the classroom.


~*~
"And now, Doctor, we've done our work, so it's time we had some play. A sandwich and a cup of coffee, and then off to violin-land, where all is sweetness and delicacy and harmony, and there are no red-headed clients to vex us with their conundrums." ~ Sir Arthur Conan Doyle, The Red-Headed League
Posted by Robin at 12:24 PM

Death of the fairy tale?

In trying to apply a lecture about style and tone in class yesterday (about how the two are connected and how they can take a paper above the average mark and make it really interesting without the student trying to put on a false academic voice if only the mechanics and grammar are sound and the style and tone applicable and consistent and the overall piece interesting), I instructed my students to rewrite Little Red Riding Hood in their own voices, but guess what. They didn't know the story.

Let me say that again: none of my students knew the story of Little Red Riding Hood.

I was amazed. Have people stopped telling fairy tales? Are they considered inappropriate? Do people just not have time? Have they gotten unpopular for some reason? Is this part of the world so saturated with stories and versions of stories in so many forms of media that the fairy tale is fading? Will it come back? Aren't they still doing remakes of these stories? Was my class just a special case? Do I just think fairy tales are important because I study stories told to kids? Or is it because my dad told me fairy tales most every night before bed? Little Red and the wolf and the three bears and Goldilocks and the three billy goats and the troll were well known to me as a child and as scary then as now. Why do I suddenly feel frantic about keeping them alive? Why does it matter? Will some connection between us and the past and the future be lost with the trolls and the beasts and the witches?

I decided the best thing to do would be to tell my class Little Red's story before it died out completely, but when I finished, they were appalled. Kids and grannies getting eaten and wolves getting slashed open by huntsmen?! (I got the Grimm version growing up. And--how is this so appalling compared to what's available now?) I had to break it to them about Disney, and I told them they might benefit from reading different versions, and that part of the magic of the fairy tale is that it grows and changes but remains recognizable (but only if it remains at all!)...and I would have said about how it crosses cultures and possible reasons why and whatever else I could remember from my very limited experience and training, but they were all so taken aback, I gave up.

I don't even like fairy tales, but I think I care because most of them don't belong to anyone or they belong to everyone and because their survival seriously says something about humans and their death would say something entirely different. Maybe I have a little nostalgia over them too, but it's the open interpretation and the mystery and the longevity and the wildness and weirdness and unmassproducedness that it seems a shame to lose. What is being created now, in this age of ownership, that's like a fairy tale? And perhaps even more worrisome--what will our folklore be? What do we have to pass down that isn't sameness after sameness?

This blogger needs to get herself out of the suburbs and into the woods before all hope seems lost. Even if there are wolves waiting behind every tree. 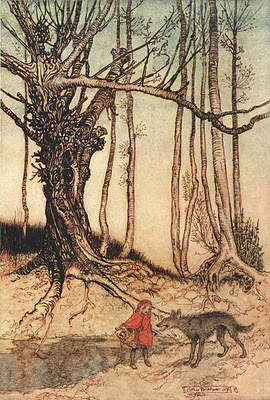 Illustration by Arthur Rackham
Posted by Robin at 1:31 PM