"They showed me a contentment based on the belief that nothing more was coming to them, although a great deal more was due. Their decision to be satisfied with life's inequities was a lesson for me. Entering Stamps, I had the feeling that I was stepping over the border lines of the map and would fall, without fear, right off the end of the world. Nothing more could happen, for in Stamps nothing happened."

"The custom of letting obedient children be seen but not heard was so agreeable to me that I went one step further: Obedient children should not see or hear if they chose not to do so."

"I thought of myself as hanging in the Store, a mote imprisoned on a shaft of sunlight. Pushed and pulled by the slightest shift of air, but never falling free into the tempting darkness."

"Children's talent to endure stems from their ignorance of alternatives."


Maya Angelou ~ I Know Why the Caged Bird Sings

Yesterday, I had the privilege of giving away copies of an incredible story. Some people I know went out into the wide world to give away books, which would have been much more challenging and scary, but, as stated on my application, I chose to give books at the school I work for. Though I'm new, I've been there long enough to learn how the students respond to literature, how they write their own literature, and what kinds of stories mean the most to them, so it was really important to me that they be the ones receiving this particular story. I wish I'd had enough copies for everyone, but I picked up some early reader children's books and took them along too (luckily it's a small school) since I couldn't afford 20 more copies of Maya Angelou and since most of the students have children and grandchildren. Along with the books, I had a big bowl of chocolate candy, and by the time classes started letting out, all the books were gone and lots of the chocolate with them. 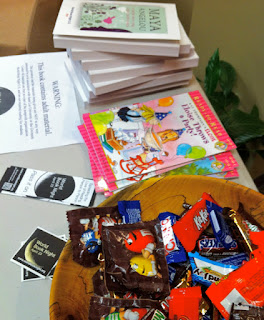 I don't suppose I'll be able to do justice to Angelou's story, so I hope you'll read it yourself. But I will say that it's beautifully written. In the same way we remember our own lives, the story is represented in brief episodes that, for one reason or another, matter. In childhood, these episodes aren't so much forks in the road as changes forced upon us by something outside our control, and there's a comfort in reading about someone who faced and survived trials many of us only experience in nightmares. Moving from scene to scene in rich but raw, honest, and straightforward detail, Angelou is heartbreaking and funny and lovely and tragic, but never pitiful or overdone or manipulative or formulaic. She simply...tells her story.

I'm sure everyone who's read the book has made a speech like this one, but I want to add to the other voices and say, I'm glad she shared this story with the world, and I'm honored to have had the chance to give it away to others. 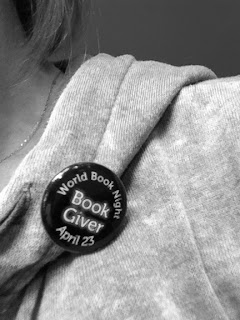