Back to school, and other happenings

Teaching in the summer isn't much different for me than teaching in fall and spring since the university has 8 week sessions all year round. After my rocky term off, I'm glad to be back at it. In one more term, I'll have been teaching for a full year. I know that isn't very long, but it's been hugely challenging. Every class, every student is just a bit different from the last. But the students are all very interesting people, and, so far, the subjects have gotten more interesting to me each semester.

Another big milestone coming up is our one year anniversary of being in Georgia. By now we've seen all the seasons in this little house, and I guess part of me was waiting to decide on how I like the area until I saw it in the four colors. Surprisingly, I really like it. I say surprisingly because I thought missing the mountains would trump anything good this place had to offer. But, as sweet a spirit as our farmhouse in the South Carolina foothills had, it was a lonely place, and I turned into a pretty lonely person there. I remember talking to my friend Marly about the possibility of moving and the idea of being near people. She was sure it'd make a huge difference in my life, and it really has. Because here, there are people. Lots and lots of people. Though I hate almost all of them when they're attempting to drive cars, I like that they're around. I like passing them on our walks downtown and seeing them in the shops and knowing their names. Makes the world seem not so empty. In fact, sometimes it makes the world feel completely full. 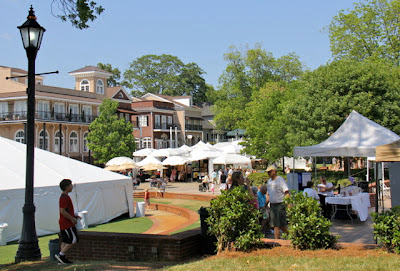 Summer promises to be much hotter than it is today, which I suppose is still spring since the official start of summer isn't for a few weeks and since the mosquitoes (plight of our backyard) aren't too bad yet. What I saw of spring, after my travels, was very beautiful. I especially loved the yellow flowery vines that grew over the picket fence and archway, and the pink and purple bushes along the side of the house. They were a welcome brightness after the dullness of winter, a few cool months, rarely wonderfully cold, and with only one day of flurries that weren't even flurrying enough to catch on camera. If I had to choose now, I suppose fall and springtime would be my favorites here, partly because they're a repose from the seasons that precede them. 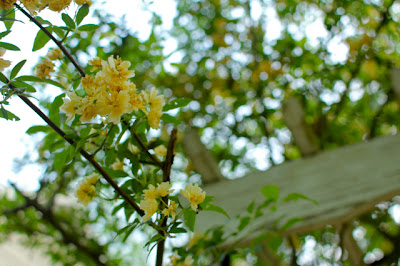 The other big thing that's happened since I last wrote was a week of birthday celebrations. Jonathan and I have birthdays a week apart, so the celebrating tends to happen over the days in-between. This year, we went all out with lots of food and big presents. I'm really happy about this because one of my personal goals is to bring back big holiday celebrations, which we've let die over the last few years. We had a great time with friends, and Jonathan got a grill, which he's been having much more fun with than I expected. 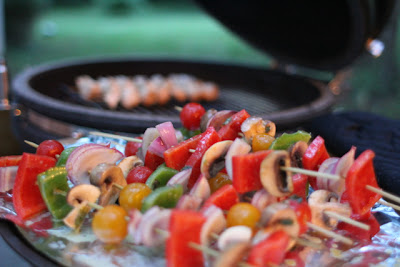 Being 32 now isn't a big deal to me. Still, I find myself, here near the middle of the year and possibly nearing the middle of my life, looking at my resolutions a lot (especially since they live in brightly colored chalk on my kitchen wall) and very often thinking: What should I do with myself for the next little while? The big question is whether or not I should go back to school, something I've been wanting to do for at least two years now. If I apply to the program, there'll be lots and lots of work ahead for the next three years, and I know myself well enough to question my ability to stay interested that long. Besides, I could use the energy on something else, like my dream of owning a B&B. So the future is swirling around in my head at the moment, but for now I should probably start by addressing the neglected and more generic chalkboard-resolutions written back in January. I may as well tell you, the hardest have been 'Use time wisely' and 'When impossible Smile'. The smiling one was a stupid idea anyway, but wasting time is probably my most grievous sin. 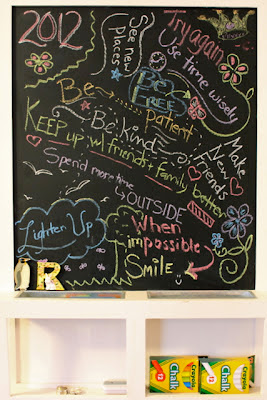 Lots of other things have happened since I last posted, like losing my wedding ring and finding it again (a heartbreaking two weeks), like visits from friends and a trip to Tennessee for my sister's cancer-free party, like house-hunting and my first root beer float and finding two abandoned eggshells in the grass after nearly 20 years of not finding any at all (which I'm afraid might have been due to not looking for them), like the projects I'm working on and the projects I hope to work on, like our first trip through the North Georgia mountains, like the losses too recent to mention and the gains too personal to share. I couldn't think how to connect them all if I tried, and even if I could, it wouldn't matter. Because you've got your own story, don't you. You've got your own part to play. So here's to another day for the two of us, and here's to us doing what we can with it. 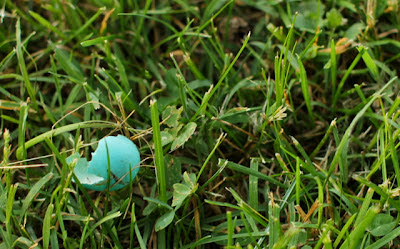 "Treasure this day and treasure yourself. Truly, neither will ever happen again."
~ Ray Bradbury ~
Posted by Robin at 3:53 PM