This weekend, we've been celebrating a well-known Potter. Nope, not Harry. Beatrix! All in honor of Peter Rabbit's 110th anniversary.

The first time I ever paid close attention to Beatrix Potter's work was during the summer of 2009 on my study abroad semester with Hollins. We were to read her stories, examine her illustrations, and visit her old place at Hill Top. Here's the home she died in, Castle Cottage (furthest right) across from Hill Top: 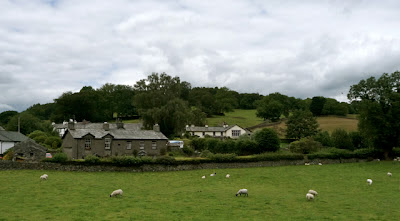 After reading her complete tales, the following characters and images stood out from the rest, and they remain my favorites. First, the amiable guinea-pig, and second, the Christmas bunnies (photos are mine, but illustration rights belong to F. Warne & Co., a subsidiary of Penguin): 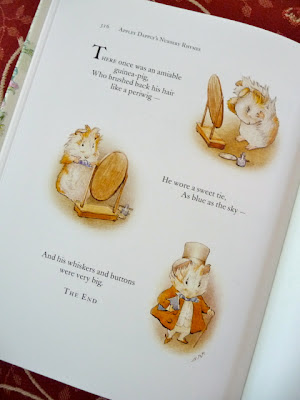 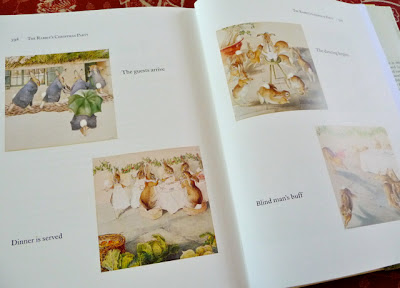 Though there's tons of Potter merchandise for celebrations of any kind, I thought her work would be best honored by keeping with her homely and natural themes, Lake District style. There are plenty of lakes north of us, but I knew of a very English seeming place, due to its monastery and chapel and grounds reminding me of many a cathedral in England. We packed a relatively elaborate picnic (not a full-on English basket, but one I was proud of!) and drove to the countryside just south of the city. There, we found a quiet place to have salad, fruit, goat cheese/triple berry/walnut sandwiches, and yogurt with honey, along with a few of our closest avian friends. And we even had a chance to buy vegetables from Fr. Anthony's garden. 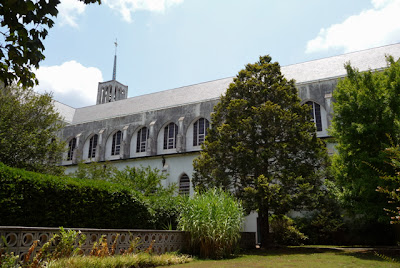 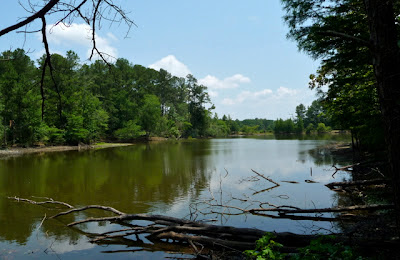 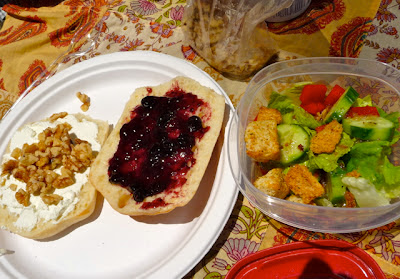 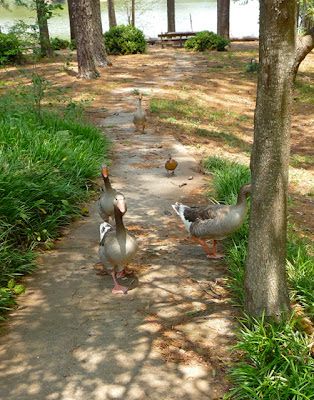 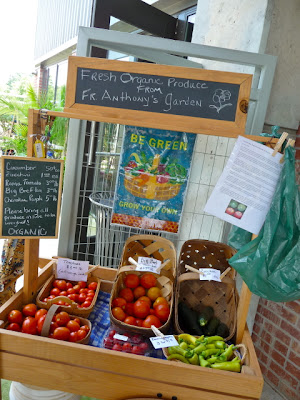 The quiet celebration continued back home where, after a shower and a nap (it got very hot while we walked the grounds), I tried my hand at leaf stamping, an idea I got from the teacher's resources at peterrabbit.com. With leaves gathered from the picnic site, I used acrylic paint to stamp out a bookmark to keep in memory of the nice day, and to stamp some notes to mail to a few friends. 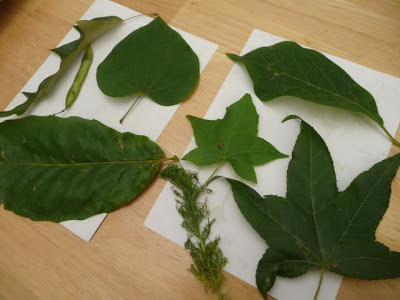 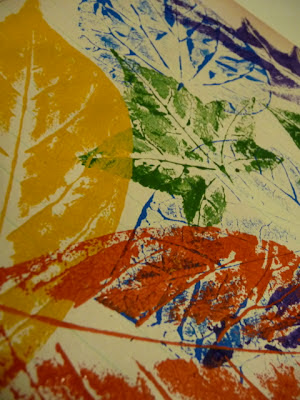 The weekend was interrupted today by housecleaning, so we couldn't spend the entire day Pottering around. But we did find time to drive to a nearby park that's home to a farm (restored to its 1930s form, which may not seem like very long ago, but when you live in an area that's mostly shops and roads and neighborhoods, it's amazing to find an old farm surrounded by a nature preserve right in the middle of the madness). We took a hike in the hot sun and came across lots of creatures I think Beatrix would have been inspired by. The garden was closed today, but as sturdy as its fence looked, I can't help thinking a little bunny could get in if he really wanted to. (Getting back out again is the hard part. Just ask Peter.) 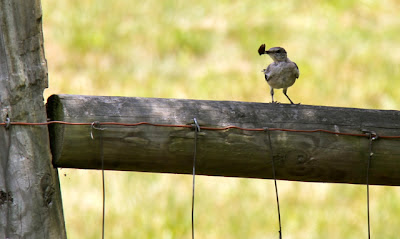 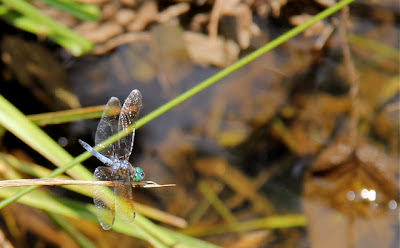 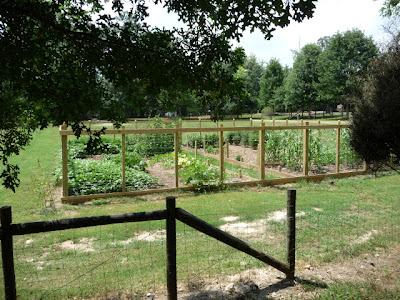 The celebrating finally ended with a spin through The Tale of Peter Rabbit interactive ebook (beautifully done), a dinner of Fr. Anthony's vegetables grilled alongside Jonathan's steak, and a just-sweet-enough dessert: Benjamin Bunny Banana Muffins, which are very banana-y and best warm with butter: 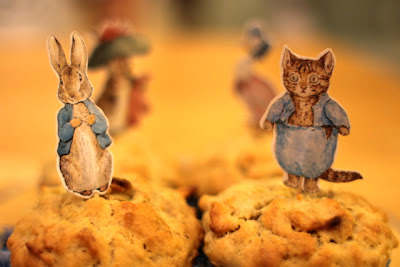 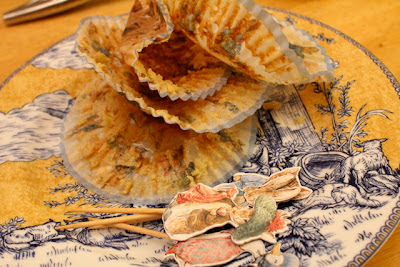 What a nice weekend. Lots of naturey things, lots of good food, and all thanks to dear Beatrix. Happy anniversary to Peter Rabbit and to mischief in general. Now until I can see those lakes again...
~*~
“Thank God I have the seeing eye, that is to say, as I lie in bed I can walk step by step on the fells and rough land seeing every stone and flower and patch of bog and cotton pass where my old legs will never take me again.” ~ Beatrix Potter
Posted by Robin at 11:18 PM