"There's such a lot of different Annes in me. I sometimes think that is why I'm such a troublesome person. If I was just the one Anne it would be ever so much more comfortable, but then it wouldn't be half so interesting." Anne of Green Gables, by L M Montgomery

I don't know how many times they had us watch the Megan Follows Anne of Green Gables movies in school, but I know why: they were wholesome, entertaining, and based on classic literature. What's even better is that Green Gables may look like all the rest (it is a school story about an orphan hero, after all) but is in many ways altogether different.

For one thing, the first book is quite sad, which I admit may be partly due to my reading it in adulthood. The quick change of circumstance, protagonist age, and tone toward the end forces the age of knowing into the story. Anne grows up, loses someone close to her, and changes her plans for the future in just a few pages. Add to that a fuzzy climax, which requires a more patient, less expectant reader and an ending that's more a compromise than a triumph, and you've got yourself something pretty unique and realistic, if a little depressing.

For another thing, you've got Anne. As the reader, you're set up to cheer for Anne as best student, as cleverest and most interesting child, as unique and special and wonderful, as surely the biggest success of a human you could imagine. She's the brightest, most genuine, most affecting person in the story, yet she ends up staying at Green Gables to help aging and ailing Marilla and to teach at the local school. I can easily imagine an editor suggesting a change to some of that were the book submitted today (not to mention suggesting Montgomery spice up the slow beginning).

There are interesting characters peppered throughout children's literature, and lots of them are more memorable and even more well-rounded than Anne, but she definitely deserves a place amongst the unique. She's highly imaginative and dramatic, but she's been made to grow up fast, a blending that gives her the ability to adapt, in her way, to any situation that arises, but also ends in awkward moments and frequent catastrophes. She's a deeply feeling, thinking, hoping child (the aspects of her character that I feel set her apart from almost all the other female children's literature characters I've read), yet she's vain and proud and judgmental and bold. She wants to fit in with her peers, but her high language, strange behaviors, and interesting looks set her apart from everyone in the story. Anne is essentially a ball of contradictions. And in a rare case, especially for a story often found in the chapter books section, the reader gets to see her grow up and develop an unexpected but not too surprising grace and a deep consideration for others, a trait that found its way past her earlier vanity. Do I even need to mention that she doesn't have to fall in love for the book to successfully come to an end?

Besides all of that, the story is filled with almost suffocatingly detailed landscape, and the time span and language of the book keep it in limbo as to audience (for those who want audience clearly defined). Then there's the fact that Anne spends so much time interacting with adult characters (many of whom go through a change right along with the protagonist!--my, this sure is creeping into adult novel territory, but then so many of the greats do...) And there's the author's use of Anne's meandering dialog to sometimes take up the majority of a chapter, even toward the end becoming aware of itself and almost apologizing for going missing. And don't forget that, besides Matthew's sparse but undeniably strong presence, the book is heavily feminine and focused on female characters and their interactions, experiences, and challenges (and let's face it, Matthew isn't the stereotypical male character either). Though similar to many stories in many ways, Green Gables is, like a good classic, set apart from the piles and piles of predictable nothingness available in libraries and bookstores and online by being well-written, moving, and unique. And that's why I like it. Here, it's a perfect autumn read: Anne of Green Gables.

(Below, my most recent attempt at another children's literature recipe, Anne's Liniment Layer Cake, from Jane Brockett's Turkish Delight & Treasure Hunts. Though my cake wasn't near the disaster Anne's was, and though the picture makes it look delicious, the truth is, it was pretty awful. Dry and chewy as an old cookie after just a day. Seemed fitting somehow.) 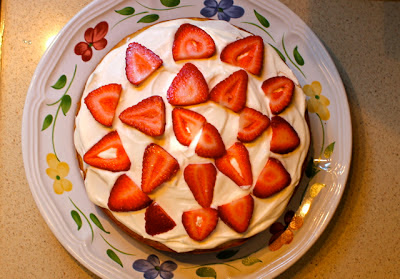 ~*~
"I'm not a bit changed--not really. I'm only just pruned down and branched out. The real me--back here--is just the same. It won't make a bit of difference where I go or how much I change outwardly; at heart I shall always be your little Anne, who will love you and Matthew and dear Green Gables more and better every day of her life." Anne of Green Gables, by L M Montgomery
Posted by Robin at 2:16 PM

Robin in a Wren's Nest

A few weeks ago, I learned a bit about Atlanta's literary history at the Wren's Nest, former home of Joel Chandler Harris, creator of Uncle Remus. Remus is a fictional (compilation) character who narrates African-American folktales, often featuring the folktale trickster character (who is likely the most famous character in Harris's retold stories) in the form of Br'er Rabbit. 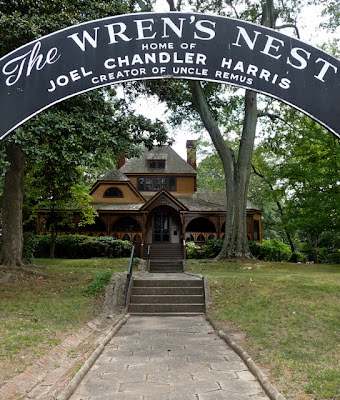 The Wren's Nest is like many other house museums--frozen in time and kept mostly as it was when the family lived there. 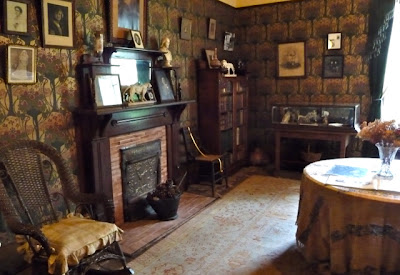 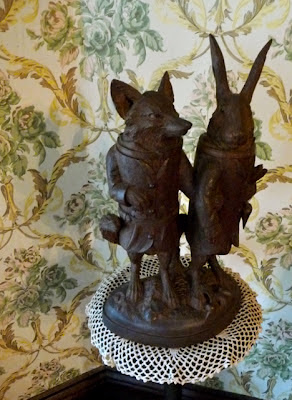 And like other museums, this one has a tour. In the dark front room, I sat with other curious visitors in front of a large set of movie props from a now controversial Disney film called Song of the South. We were soon given a short talk about who Harris was, how he came to create the character of Uncle Remus, how popular he and his characters became, what his personality quirks were, what his family was like, and how Disney took the stories to a larger public. We were then given a tour of the house and learned who Harris's famous friends were and how he, along with the illustrator he worked with, helped change children's literature forever. 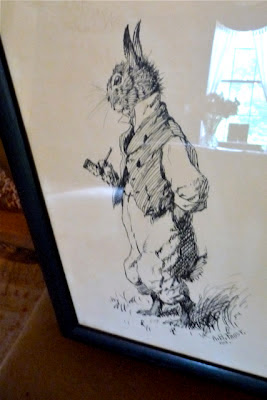 Though the man himself and the history behind his work were fascinating, the best part was easily listening to one of their live storytellers, called Ramblers. At the end of the tour, our Rambler, Akbar Imhotep, brought the gloomy front room to life with his energy and humor in an interactive performance of tale after tale with historical information sprinkled in-between. 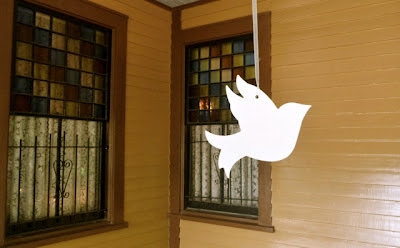 It was all very informative and entertaining, but one thing seemed to be missing--a discussion about the political and social issues surrounding the stories. There's a reason Song of the South isn't easily available for purchase. There's a reason Harris had such a strong negative reaction to the now classic illustration of the Uncle Remus character. But there's also a reason the stories are kept alive even though they're often attached to negative stereotypes. I'd have liked to hear a discussion about those things, but maybe that shows I've been a student too long, expecting a house tour for the public (children included) to be a critical discussion of the texts!

Wren's Nest staff did hand out the paper below, available in bulk for classroom use, and told me to call if I needed more copies, which they'd gladly mail. Or even better (for the trees), the article can be read online here: Everything You've Heard About Uncle Remus Is Wrong. That's where the critical aspect of the issues came into the tour, but I'd still love to go to a discussion there sometime about the stickier issues that flow beneath the smiling storyteller character. I'll talk more about the critical aspects of the Remus tales and how my class responded to the stories in Part 2. Till then, if you're interested, here's a good place to start learning more: Uncle Remus.