Last week, I went back to my Alma Mater to see a few friends and spend time in the mountains. As you can see, the campus is beautiful and my friends are cool, so it was well worth it to drive the seven hours from Georgia to Virginia. 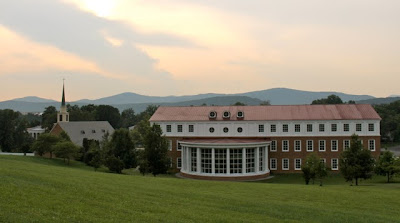 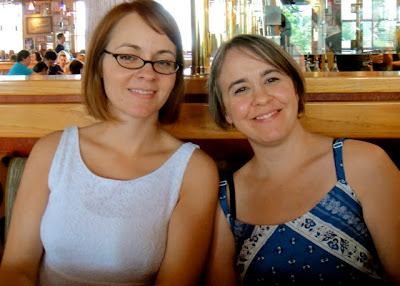 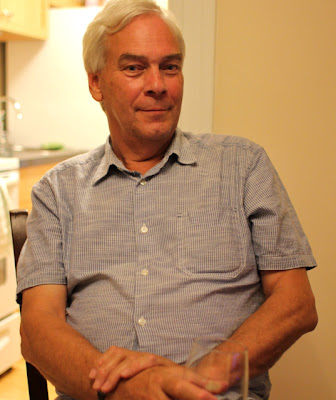 An added benefit of the long drive was all the time I had to finally do some reading by ear. Here are three mini reviews of the audiobooks I chose.

My second favorite book as a child was James and the Giant Peach. I can still remember the librarian at school reading it to us. As an adult, however, Dahl's stories have been hit or miss for me, including the time I reread James. In my opinion, that's because many of his books connect with children in a way somehow lost to adults. High quality storytelling for children, possibly even meeting them in places beyond our reach? That's dangerous, rare, and therefore to be treasured and guarded with our reputations if necessary. That said, Fantastic Mr Fox, in the classic bedtime story way, is freely understood by all. It has consistently awful bad guys, a clever and likable protagonist, and (with or without Quentin Blake's appealingly messy illustrations) clearly imaginable settings and characters without overbearing physical details. It's not a children's story. It's not an adult story. It's just a good story full of colorful characters you'll quickly care about or hate, as appropriate, plus a sprinkling of Dahl's typically ambiguous morality along with his special way of poking fun at humans in general. 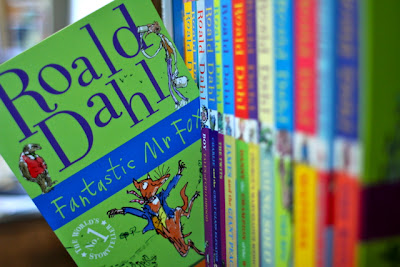 The dangerous thing about driving and listening to Oscar Wilde's stories read by such a sympathetic voice as Stephen Fry possesses is that you might cry and no longer be able to see the road. Many sweet, innocent people die in Wilde's tales in order for him to get his messages across, and the stories are sad in other ways too. I really love them. They're just as preachy as the rest of the fairy tales I've been told or had to read, but I don't have to study his or pick apart their historical significance in order to understand them. Not that those are bad traits about the classics. It's just that sometimes it's nice to listen and not have to think so hard. These are more about feeling than thinking, the messages less about scaring and more about moving the reader to action. Though I've read them before (I even tried writing a modern version of "The Selfish Giant") and loved them on the page, fairy tales are meant to be heard, and I can't think of anyone more appropriate to read Oscar Wilde's tales than Stephen Fry.

The Good Man Jesus and the Scoundrel Christ, by Philip Pullman
First off, this is beautifully read by Pullman himself. The problem with listening was that I couldn't stop and highlight passages and make notes in the margins. When I first heard about this book, it hadn't been released yet. It was the summer of 2009, and I was sitting around a table in Oxford with my classmates, listening to the author talk about an upcoming book that would likely be controversial. I forget what all he said, but there was a lot in the negative about C. S. Lewis and not much about the details of this story besides it being a take on the life of Jesus. The impression I walked away with was that I had to read this book and that I probably wouldn't like it. I'm glad to say I was wrong. I did like it. Very much. Though I felt the plot was a bit holey, it was still a refreshing perspective on the story I've known since childhood, in a fictional what-might-have-been way. I expected more scandal, but it turns out the story is comforting, human, and much more approachable than the usually stiffly presented original. I suppose your response depends on who you are, what you believe, and how you approach literature and religious discussion. But let me be clear: this book has its own message to send and, in my opinion, shouldn't be confused for a story that's attempting to either invalidate the original or claim to be the truth. It's its own thing. As for any naysayers, especially those who have never read or would never read a book with such a title, I couldn't respond any better than this or this: 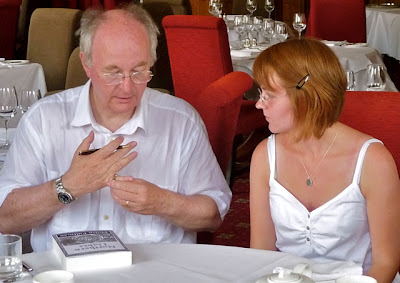