A day at the festival

Today, Jonathan and I went to the Decatur Book Festival. It was excellent! 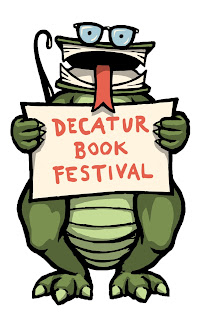 As soon as we arrived, Bookzilla led a band of book-loving children through the streets to the children's stage where Jerry Pinkney talked about his artwork. Unfortunately I missed the talk because I was volunteering at the teen stage, but fortunately the High is doing a special exhibit of his work in the fall. 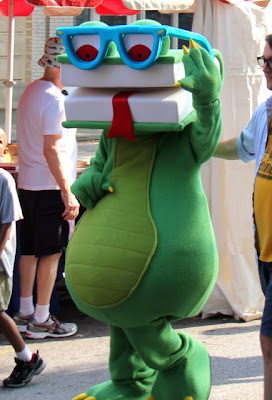 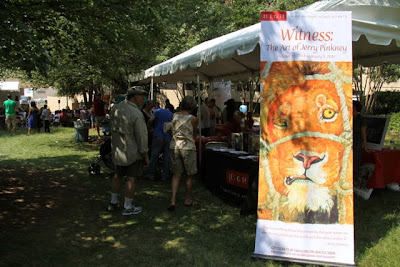 My job at the teen stage was crowd control and being helpful in general. Lots of other nice people were there doing the same. We all got cool book fest shirts and sweated off at least two pounds during what became a true Georgia summer day. 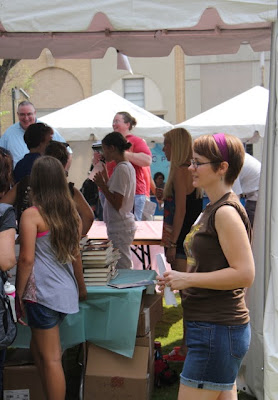 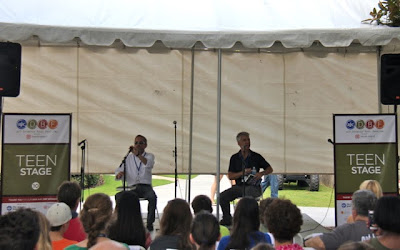 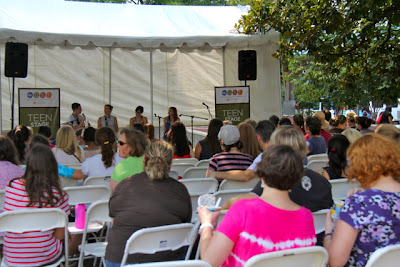 Besides all the great talks going on at numerous stages, there were a zillion booths along the streets of downtown. Most were either selling discounted books, pushing literary agencies, or promoting individual authors. The rest were educational establishments, various local writers groups, and food vendors. 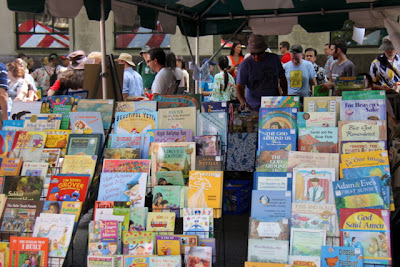 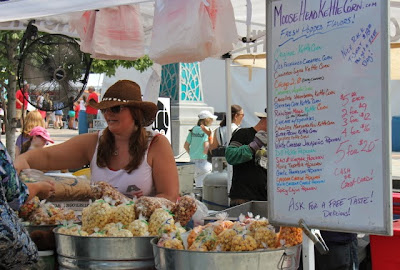 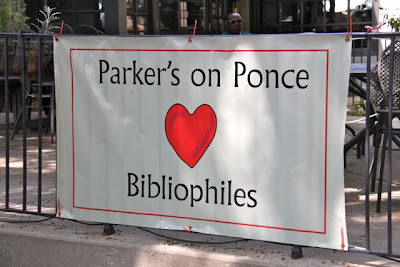 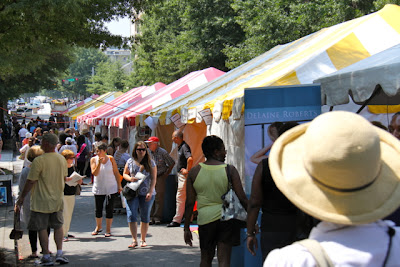 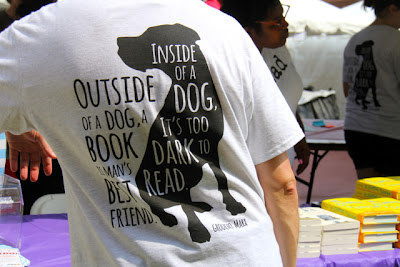 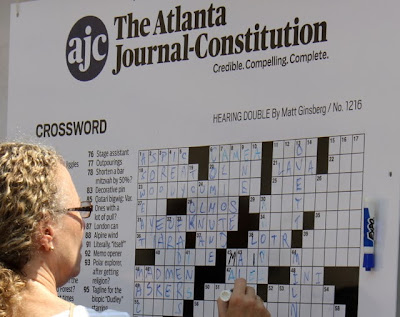 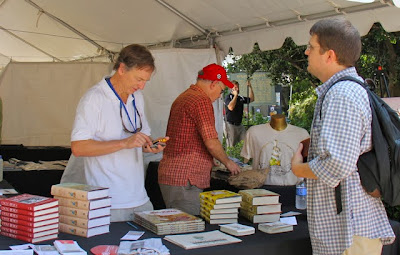 My favorite booth of all was the one The Wren's Nest had set up in front of the courthouse. They had their beautiful new shirts to celebrate the 100th Anniversary (of course I got one!) and the new KIPP Scribes books (these are full of stories written by local young adults who are mentored by Wren's Nest volunteers). Best of all, Akbar Imhotep was there telling stories. 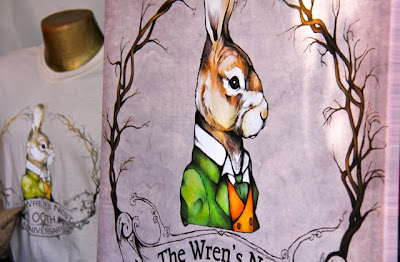 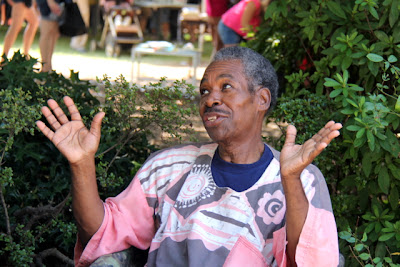 For lunch, we had The Square Pub, where, from the second level, we cooled off and watched the world go by. 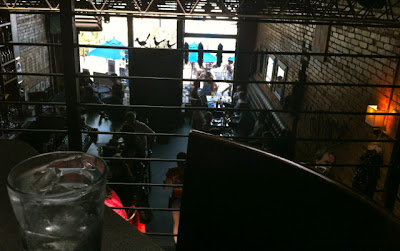 The Decatur Book Festival is everything you would expect of a book festival, plus visual arts, musicians set up around town singing and playing, tons of activities for kids, serious literary panels, big names, little names, storytelling, good food, and friendly people. What a nice way to spend a day. 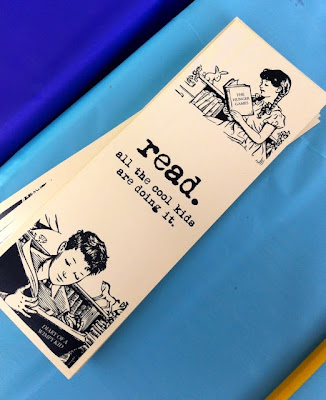