"No net ensnares me"

Well, I can finally say I've been to the Scottish Highlands. I suspect not everyone from Appalachia feels Scotland is somewhere they need to eventually go. Heck, I'm probably more German than I am Scotch-Irish anyway. But something about the hills and the connections, however far back they go, if they even exist, always tugged at my heart, pulling me like things sometimes do without a particular reason.

There are. But if I could choose (which I could at the time), why wouldn't I go see old friends and meet faraway new ones, and become a part of stunning landscapes, and spend my days thinking about writing and creativity, eating good bread and great cheese, kicking back with writers on cushy couches with glasses of wine. Why wouldn't I leave my everyday behind for just a moment? It'd be silly not to.

Besides, it's good to leave your country--good for the soul and for creativity and perspective.

Not only that, but the course itself appealed to me. When I signed up, I was discouraged about my writing and considering giving it up and moving on to the next thing. The course was called Works in Progress, and it was advertised as a good choice for people who were, well, sorta stuck. Arvon Foundation is renowned and loved, seemingly by everyone who experiences it, and now I can see why. It's run with such efficiency and skill and intuitiveness that all you have to do is show up with pen and paper and a change of underwear, plus the willingness to try.

Each day, we'd get ourselves up, make ourselves breakfast, and spend the rest of the morning doing writing exercises as a group with one of two resident tutors. After lunch, we were on our own to explore the countryside or write or make friends or meet with the tutors to discuss our work in depth. Teams of us writers were formed to cook dinner each night, which, contrary to popular stereotypes, was always fresh and delicious. (Maybe I've gotten lucky, but I've never found any evidence to back up the idea that there's no good food in Britain, and I've been six times now.)

After dinner, there was always something different happening. One night the tutors read from their works and told war stories about the publishing game. Another night, a guest speaker did the same very charmingly. And the last night we read our own pieces, which was my favorite because, by then, we were comfortable with each other and realized that we'd ended up in a rare group of writers who truly wanted each other to succeed and had nothing but encouragement for the varying styles and voices in the room.

But, I know, I know. This is one of those things you have to experience yourself to appreciate. "What happens at Arvon stays at Arvon," was said more than once. So I'll stop going on about it . . . after the pictures.


First off, the big hill on which the writing centre sits is about 14 miles from Inverness, which is cozy enough to walk around in an afternoon and has a train station so it's easy to get to. It's got a cathedral and a castle and a river and bridges and sweet b&bs and a shop with Adventure Time and Doctor Who stuff for sale. What more could you want? 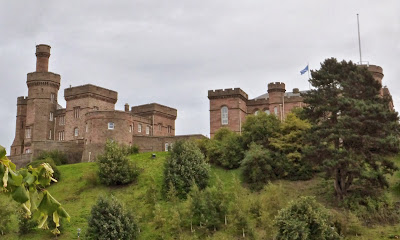 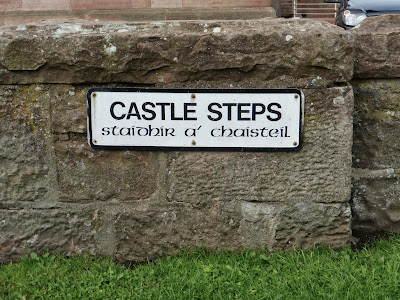 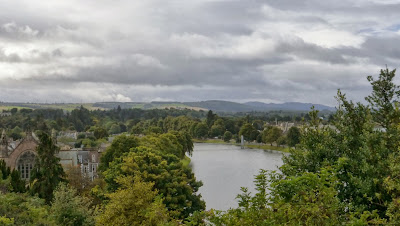 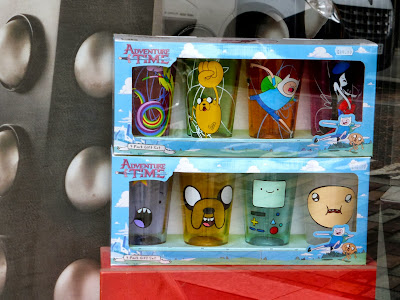 Down the road and up a hill and up another hill and around a terrifying one lane road and back down the hill a little, just almost on top of everything, you'll find a building dedicated to writerly pursuits. On the top floor, around the corner from the staircase, you'll find my room, which I immediately became obsessed with because of the view. More than once, I pretended to be Jane Eyre, even though I knew good and well Thornfield Hall wasn't near Inverness. I had a simple wall desk with a hard back chair and a panorama that only a completely frozen-hearted writer wouldn't find inspiring. The hills were, indeed, like Appalachia, but they were green instead of blue and almost always cloudy.

One night, we had haggis and neeps and tatties (there was even a bagpipe player and a reading of Address to a Haggis), and for dessert, we had cranachan, a sweet cream blended with whisky and topped with raspberries. Our Scottish housemate (she was so lovely--Carol, if you ever read this, didn't we have fun in Inverness!) explained that the white creamy parts of the dessert were meant to represent the constant clouds that hang over the place. 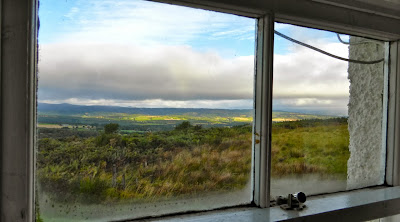 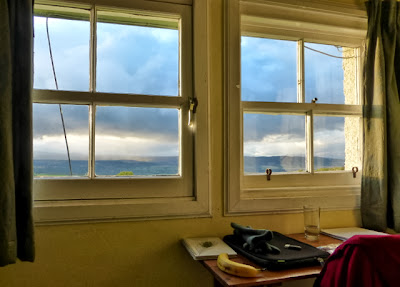 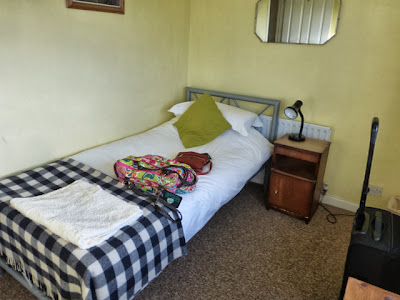 Though this Arvon course took place at Moniack Mhor Writing Centre, not all their courses do. Moniack Mhor is set on a hill with sheep and Highland cows for neighbors, all overlooking the valley and staring out at the mountains. The place is almost always wrapped in wind, but the building itself is nice and sturdy to manage the climate and has a warm, homey feel inside with lots and lots of books around. It's known for being the "northernmost branch of the Scottish Poetry Library." 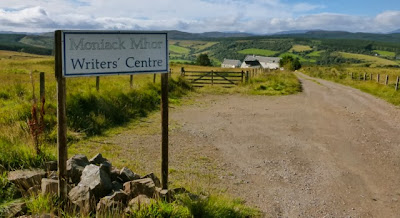 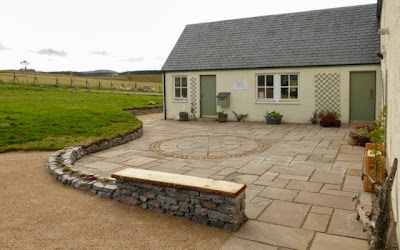 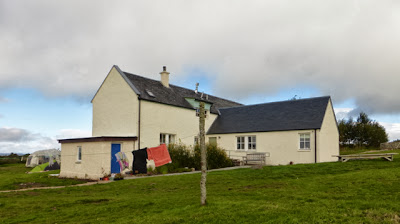 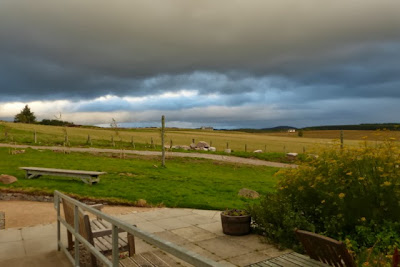 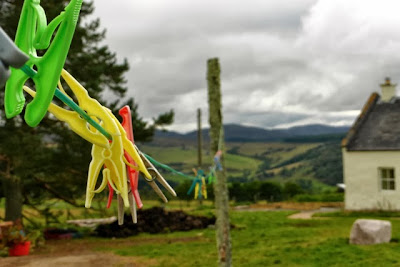 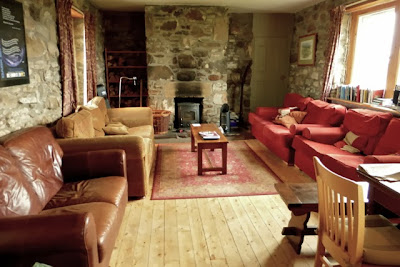 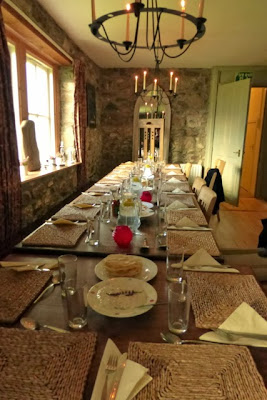 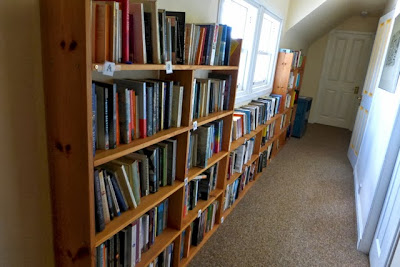 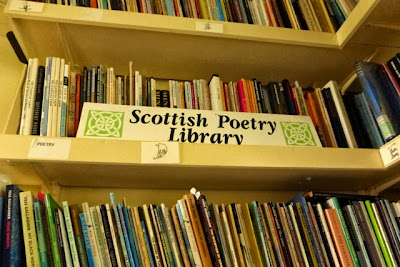 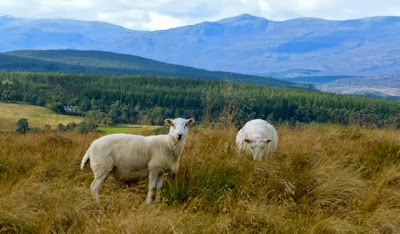 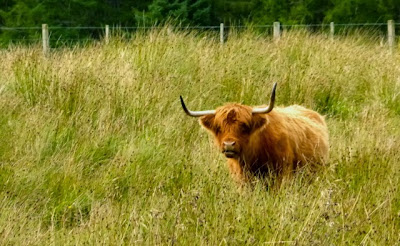 A three mile hike from the centre gets you to Loch Ness (though be warned: their miles seem longer), but a different path takes you to an overlook instead. That's what five of us did on our last day. The path begins on a one lane road that's nice and straight, but soon the path goes curvy and up hills and into the woods and up a mountain till you're high over everything. There was no one up there but us and a pile of rocks which seemed to have been placed there by the people who'd made the trek before us. On the way are carved benches, lots of shrubbery I'm not familiar with, mud, wind, and an unmarked set of carved planks sticking out of the ground that oddly seem to belong. 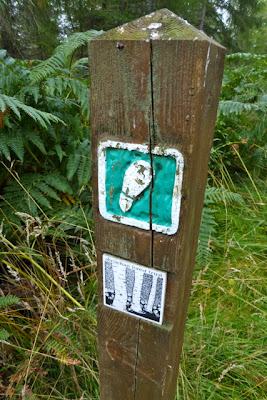 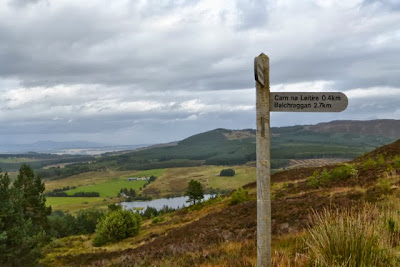 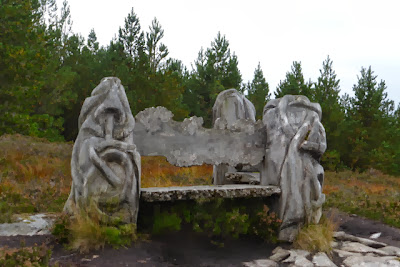 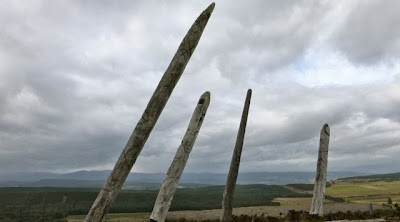 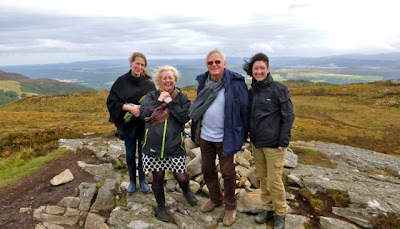 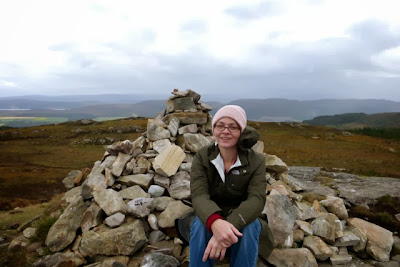 So my Arvon course (probably all Arvon courses) wasn't all about sitting at a desk writing away. Yet it all informed my writing--the new people and perspectives, the autumn blooms of a place far from home, the ghost kitty of Loch Ness (much more interesting than Nessy and easier to get pictures of), the small village of people sleeping outside the centre in tents while they build Moniack Mhor's eco-friendly tutorial hut--all of it. 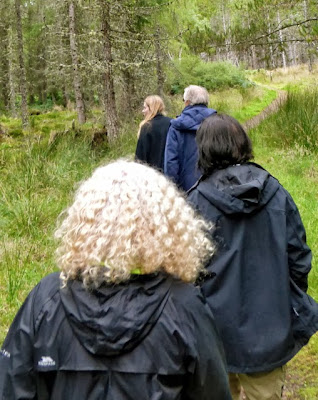 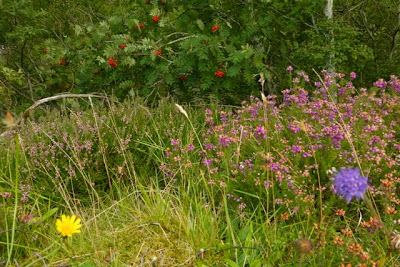 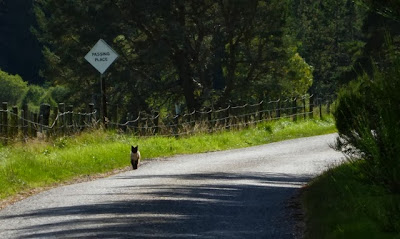 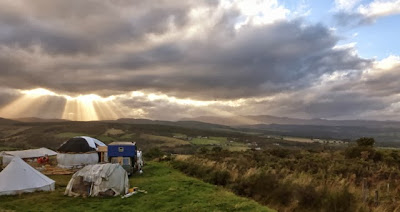 I can't speak for anyone else's experience, but my Arvon course did exactly what it was supposed to: it put fire back into my writing, gave me new tools for the process, and encouraged me not to quit. Especially though, it reminded me to write for the pleasure of writing.
To close, here's a short sample of an experience I had while there and the writing exercise I did in response. Forgive it for being raw. And thanks, as ever, for reading:
During a walk this afternoon on what is apparently the road to Loch Ness, I met God. I'd been walking a long time, enjoying the countryside and seeing a siamese cat and seeing lots of sheep and hearing a creepy sound in the woods like one tall evergreen scraping against another in the wind. I made my way down a hill and stopped to look around. Peering into the woods, I suddenly realized I was in Scotland, and where that sits on the planet, and where I normally sit on the planet, and how random it was to be alone on a walk in the Highlands, and I thought next, as naturally as anything: "God, if anywhere, you must be here. Why don’t you just show yourself?" I asked only half caring and without expectation, probably because I’ve asked a million times before in a million different places and gotten no response. Then I felt a voice say, clear as anything: “You idiot. Show up here? I AM here. This is me. Everything is me. I’m everything--including you." "But what about the bad stuff?" I asked immediately. "Are you that too?" "I know it's hard," was the response, "But, yes, the bad stuff, too." It was such an utterly natural moment, I continued on my walk without more thought about it until I'd gotten almost to the centre again and stopped on the open hillside to let the wind whip around me and cool my face. It’s then that I realized I was happier than I had been in a long, long time. 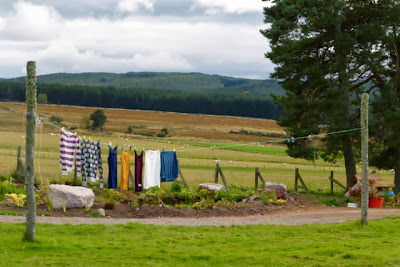