A Season for Sharing

It's nearly the end of another year. In a few weeks, a new one will almost certainly start, and the old one will blink out of existence except for in that flat way the past remains in pictures and on film and in flashes of memory before it begins the alarmingly short trip to becoming legend.

So many things happened this year, and so many didn't. Great people died. Great people were born. Awful tragedies occurred. Unbelievable wonders followed. And we all rode along in our little boats, or big boats, and did our best to steer while wondering what it all meant and trying to snatch moments to look at the stars.

The year for me began in rough waters. After having spent the previous six months climbing out of a sadness that had grown from a deep loneliness and uncertainty, Jonathan and I took one of the best trips of our lives to ring in the New Year in England. 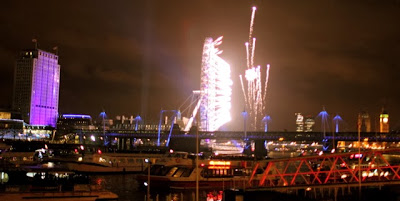 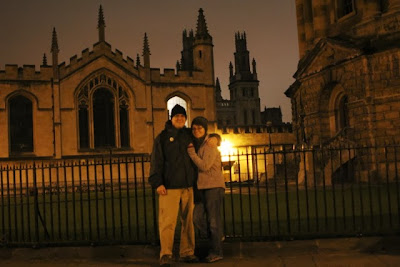 But soon after returning home, I broke my arm in a bicycle accident. I know: a broken arm isn't a big deal. Even surgery on a broken arm isn't that big a deal. I mean kids survive it all the time. But the last thing I needed was to be stuck at home, unable to do basic things for myself, unable to go out on my own, and feeling lonely, not to mention high from the pain medications. 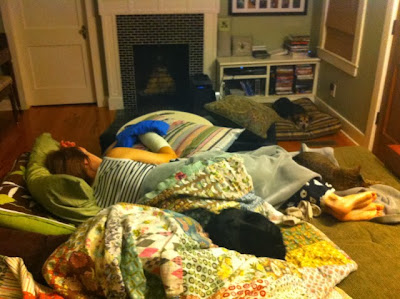 Don't get me wrong; Jonathan was absolute amazingness wrapped up into one very patient and loving human. But he had a job to go to. So I got depressed. Seriously depressed. There's no point airing every single dirty bit of my laundry, but I will say I went lower than I had gone those six months prior in 2012. At least briefly.

Eventually, though, as almost always happens, I started getting better... 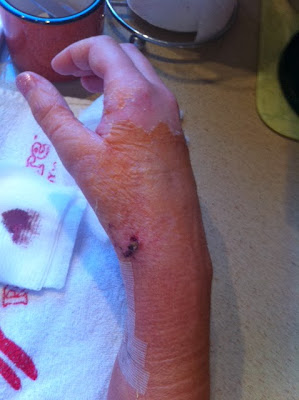 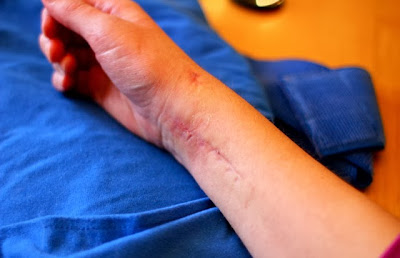 
By March, I was moving again. I've been working out and getting more and more healthy ever since, which has been a quiet but major change taking place slowly, work out by work out. I've never felt stronger or more energetic than this year, in spite of its setbacks, and perhaps because of them, which is one lesson to be learned, while the other is that, as soon as I was up and out again, the sadness began to fade. So it's good it all happened. To know your weaknesses, where your dark places begin and how to make them end, that's a powerful bit of knowledge for anyone.

All the while, I'd been trying to teach through the pain and weakness and had done a pretty damn good job of it. In fact, if I had to say what I've done the most of this year, it'd be teaching, thinking about teaching, planning to teach, coming home from teaching, grading stuff my students hopefully learned while I was teaching. Teaching, teaching, teaching. And loving it even more when the sun came back out in spring and the whole place started to bloom! 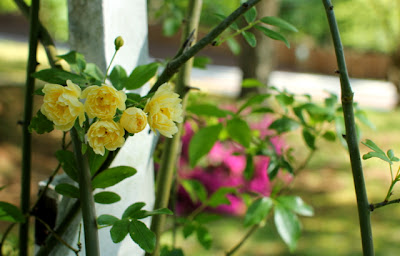 I got back into what I love. 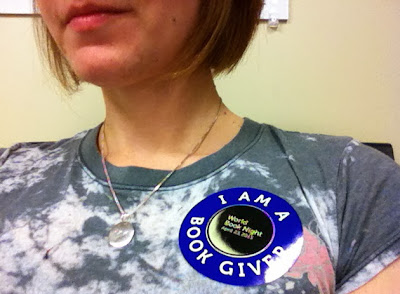 And then had the blessing of a week on the beach with family. If you're an ocean person, I mean one who feels an immediate calm at the sound, the smell, the depth, the spirit of the sea, you'll know why this moment meant so much after the ones preceding it. In all its mystery, the back and forth of the water is immensely comforting. 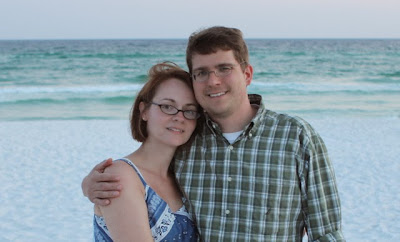 Soon, spring was turning into summer. That's how things are here in Georgia. It's as if the three seasons besides summer are just small breaks from summer till we get back to summer, during which the mosquitos and humidity try to ruin all the glorious green and the beautiful blazing sunshine. Not to worry about any of that this year, however, because it rained, rained, rained, rained, stopped raining for a second as if to catch its breath, and then rained some more. 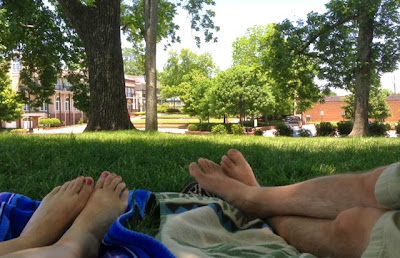 But in spite of the rain, the world kept doing its turns while little things happened, while hundreds and hundreds of moments passed. Like the moment when a little boy grew up. 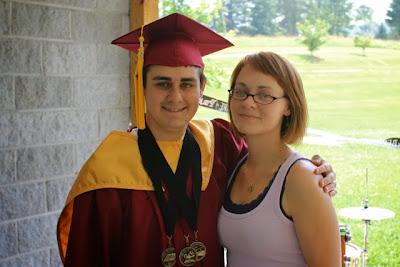 Like the frozen moments in the art gallery when we were sucked into a painting, or at the aquarium when we couldn't help wondering how it might be if the massive, clear wall started to crack and the life behind rushed out at us. 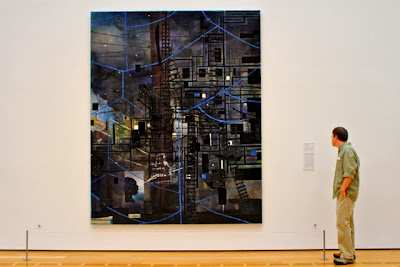 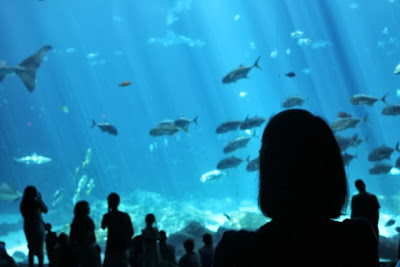 Like the moment when we told each other happy anniversary for the 11th year in a row. 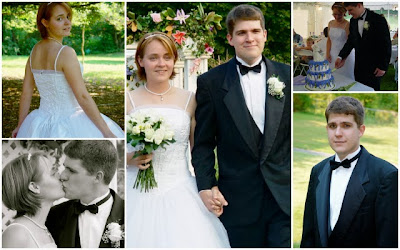 Just life. Happening and happening over and over again from person to person.

At the first hint of fall, in a rare moment of embracing the pure artistic and spontaneous spirit I had in the old days, I cut my hair off and hitched a plane to Scotland, both of which I would do again right this second if I had to choose all over again. 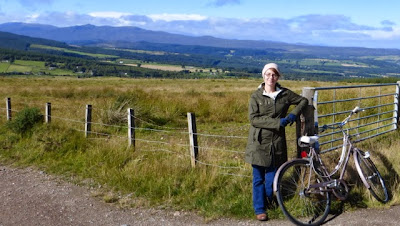 It was an absolutely perfect trip. Quiet moments with friends, a moody blustery hillside, words upon words written from chilly rooms over the Loch Ness valley. It wasn't like a movie. It was better than that. It was real.

By the time I came home, it was most definitely autumn. 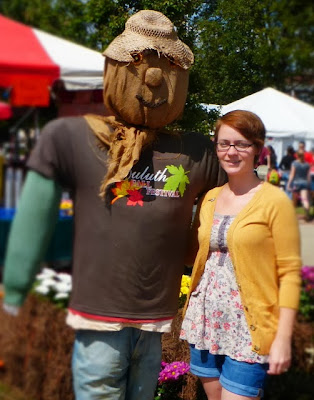 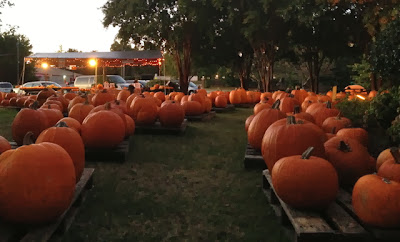 You know how autumn is--everything that follows comes in a great rush until just after Christmas when it slows down again into the cold gray days. I've had Christmas music on for weeks. Presents have been bought. Festive outings have taken place. Stockings have been hung by the chimney with care.

Meanwhile, I started and finished the first course for my TESOL certificate, during which I looked through many possible windows into my future. I wrapped up my twelfth term teaching and learned my schedule may soon slow dramatically. And I finished a complete first draft of the latest novel I've been working on.

Besides that, it's been sleeping, eating, laughing with Jonathan, taking walks downtown, having dinner with friends, writing letters, baking cakes, sitting on the porch, playing guitar. Stuff. Every day stuff. Nothing happened that wasn't overcome. Happy days were had and sad ones too. I worked hard, napped hard, had ups, had downs. Some days I was mean and selfish. Others I was kind and generous.

I lived life in this body on this path.

My hope for 2014 is to do exactly the same: come out the other side having helped someone, having grown, have cried and laughed, having traveled, having hurt and healed, having cried out for meaning, and having continued to walk toward balance and peace and freedom of mind and heart.

And here's the same to you, friend. Merry Christmas. Happy New Year. Thanks, as always, for reading.

All my love for another year ahead
~ Robin Egg 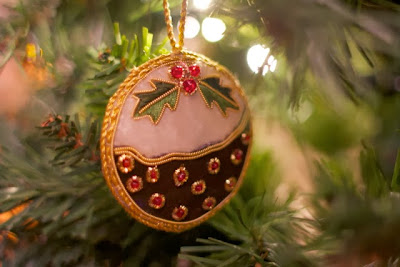