Robert Burns (Scotland's national poet) wrote about everyday things that everyday people dealt with. That's why I get the sense he wouldn't be picky about the annual meal held on his birthday in his honor. The purpose of the party isn't to have the perfect foods and the perfect accent with which to read the "Address to a Haggis," it's to celebrate being human and enjoying everyday life with whatever resources you've got and whatever friends are closest. It's about being thankful for and mindful of the little things, of this little moment. At least that's what it is to me. 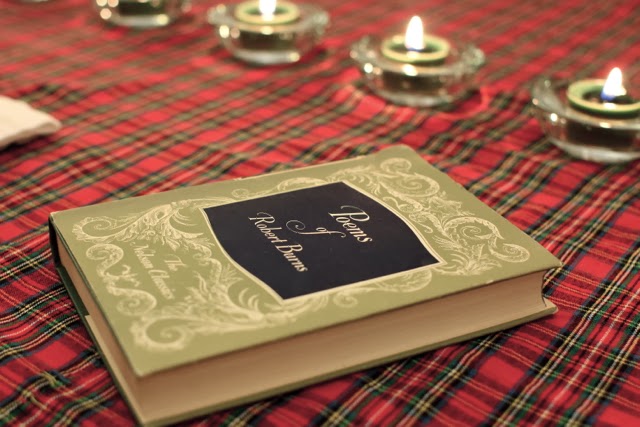 Jonathan and I have tried to keep our annual Burns' Supper pretty traditional over the years, but we've had to make due, seeing as the main dish, haggis, is sort of illegal here and we don't have a set of bagpipes. And we aren't Scottish. The first year, Jonathan tried to make haggis, but it ended up more like an exploded sausage. The second year, we had a more realistic haggis that comes canned from Scotland. The vegetarian kind tasted like dog food to me, but Jonathan liked his. Last year we had the closest thing we'll get to a real haggis in the States, a frozen one from the nearby British food store. Jonathan said it tasted like liver. I happily passed.

Unfortunately, this year things have been so busy with work and play, Burns' birthday snuck up on us, which meant we didn't plan enough in advance for the haggis and couldn't get any on the day. Remember how I said the party isn't about being perfect? Well it isn't. But you gotta have haggis! Even if it's vegetarian. We did have nut roast (my new favorite go-to vegetarian meatloaf) and Cranachan, two dishes I had in Scotland last year. But that didn't make up for not having the "chieftain o' the puddin-race." Still, my tartan bunting I'm so proud of hung over the table to make things festive with or without haggis! (Let me know if you want instructions on the bunting. It's easy, even if you don't have a sewing machine. I did this one all by hand.) 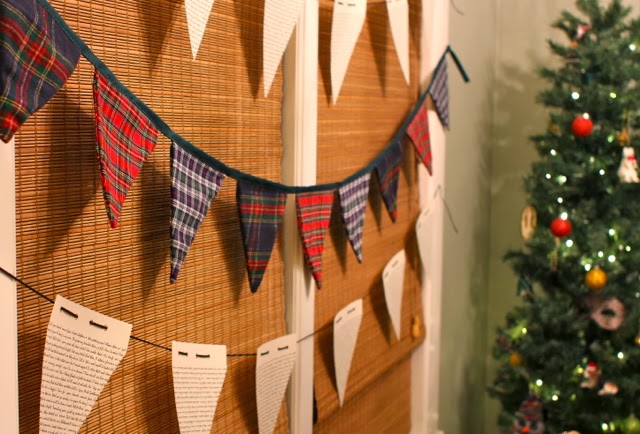 In past years, it's always just been Jonathan and me celebrating, partly because we're really awful at making local friends, and partly because people are like, "Robert who?" But next year, for the first time ever, we're inviting actual living people to our little party. This year's special guest, though not very talkative, was excellent company: a bottle of Lagavulin 16. It's like drinking a campfire. The smell alone makes my eyes swim. 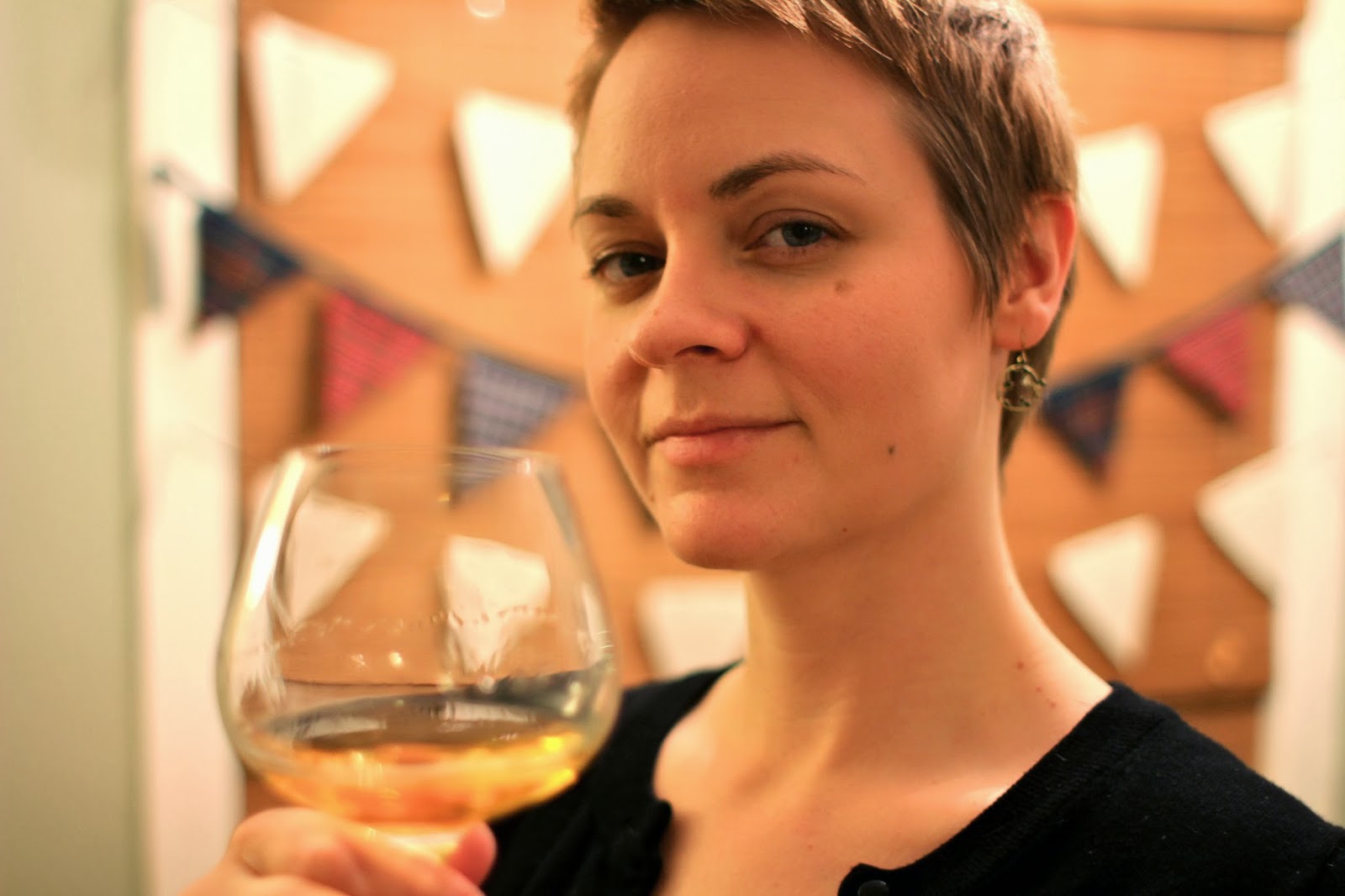 So it was a dinner of nut roast and sausage (best we could do on short notice) and neeps and tatties, then a reading by Jonathan from a book of Burns' poems. 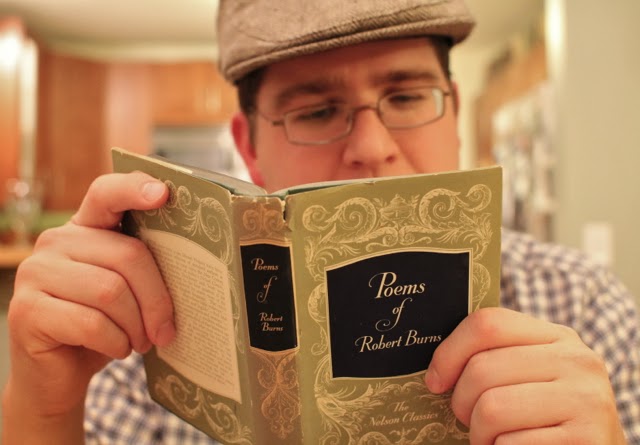 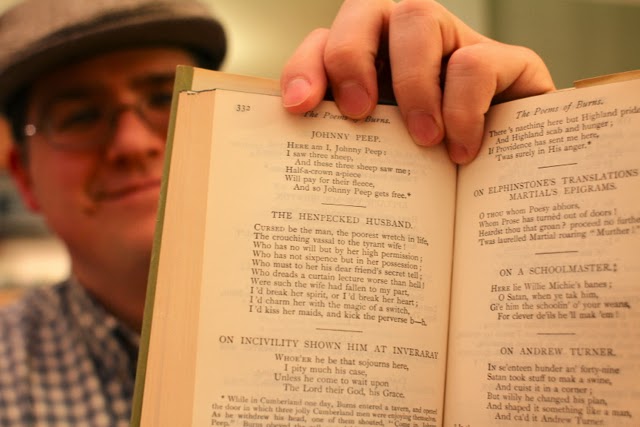 After that came the Cranachan. Yum. Cranachan is whipped cream, toasted oatmeal, honey, raspberries, and whisky, layered to look pretty or mixed together. We used blackberries instead of raspberries, and homemade whipped cream because it's so much better and milder than store bought. All you do for the whipped cream is blend heavy cream, vanilla, mascarpone (or cream cheese, but mascarpone is better), and sugar together till it starts keeping its shape. That takes a long time, by the way, so use a mixer if you have one. Whatever you do, put enough whisky into the final dessert so you can really taste it. The result is mild, earthy, and yummy, and the oiliness and slight burn of the whisky brings it all together.

So there you have it. Burns' Supper 2014. Low key and delicious.

Till next year, in honor of one of his favorite topics (love), and one of my favorite poems (especially for the message I hear between the last two lines), I give you:

Lines to an Old Sweetheart, by Robert Burns

And while you read the simple, artless rhymes
One friendly sigh for him - he asks no more,
Who, distant, burns in flaming torrid climes,
Or haply lies beneath th' Atlantic roar. 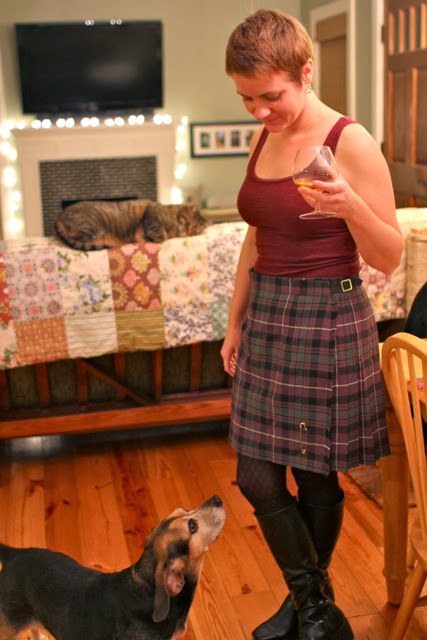