World Book Night US just had its third annual book giveaway, and I was happy to be an official Book Giver again at the school where I teach. The book I chose from the giveaway list was Terry McMillan's Waiting to Exhale. Though I gave the book to rather subdued and distracted students (I caught them as they were going in to take final exams), most had seen and loved the movie version of the story and were excited to read the book once their exams were complete.

If you didn't happen to run across someone giving away free books, not to worry. There's a free eBook of essays and short stories waiting for you at the following link: World Book Night 2014 eBook. Hurry, though, because it's only available for one more week.

So Happy World Book Night 2014, happy reading, and many thanks to the publishers (they pay for all the printings) and the authors (they don't get any royalties for these freebies), especially Terry McMillan.

"When I write, I write basically to liberate myself. And if I liberate myself, hopefully, if I arrive in a different place than when I started the book, then that's how I know. I feel differently. I feel empowered. I feel a sense of grace. And what I do is share that with the world through my writing. And if other people can relate to it, then they experience it on some levels too." - Terry McMillan 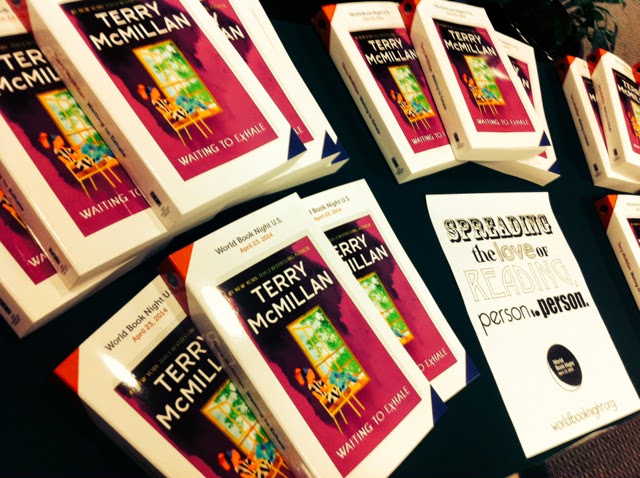 I can't remember ever being this glad to see spring come. Cold weather was my favorite before this Georgia winter of bland rainy days and rare snows. Out the window now, everything is green. The grass is out of control in the lovely spring way. The trees are phasing from light green to the darker shades they'll settle into for summer. Flowers: everywhere. Blue sky. Gentle breeze. Mosquitoes still hibernating. It's perfect. It's the absolute opposite to rainy and bland. Spring is my new favorite. 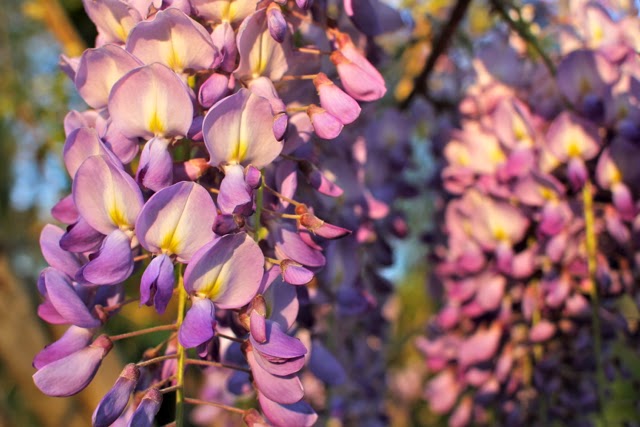 Even the Easter eggs were brighter this year, though that's probably due to putting them in highly concentrated food coloring and forgetting about them while I watched a movie. Do you know I'd never in my life eaten a dyed hard-boiled Easter egg till this year? I didn't even know people did that. Ours always ended up smashed in the yard after being hidden and found again too many times. Who knew the dye leaves speckles on the egg white! "We should always dye our eggs!" I said. Jonathan thought that might not be practical. "Besides," he said, "it's so...Easter." 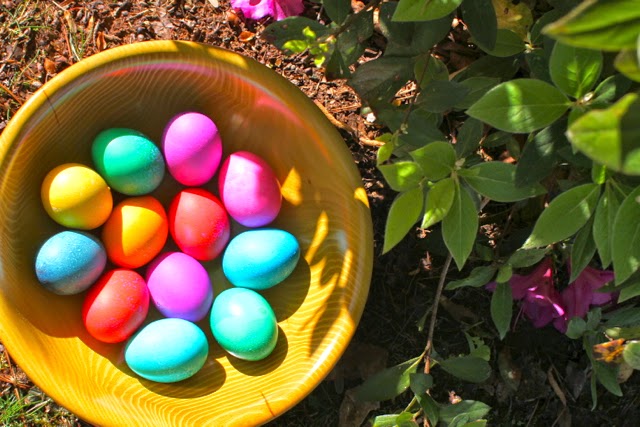 With all this change in the air (literally--the pollen count here was 5000 or something recently), it shouldn't be a surprise that the spring school term is ending and tomorrow is the last meeting of Writing Wild: Exploring the Four Genres, but it is. Seems I was just trying to calm the butterflies in my stomach before going into the first meeting. Now, eight weeks later, I'm sad to see it end. For their final exam, students will bring food (southern covered dish style) and will each read aloud one of the pieces they worked on this term. The class is made up of students I've had over the last three years, so it's special, like having all the kids come back home for Christmas.

Also in the latest news is that my mom turned 60! We had a big surprise party with all of her favorite people and favorite things (tea sets and flowers and prettily laid out deliciousness to eat and pictures of her family). She got everything from handmade quilts to travel gadgets to miniature trees for her front porch. We even announced a girls-only trip to England in July. Everyone said it was the best party, and it was. 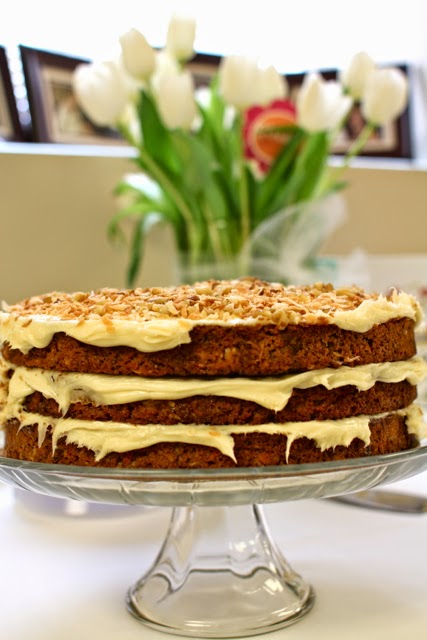 There's no telling what summer holds. What's been my busiest teaching schedule yet will dwindle to a single class per week. The TESOL course I've been taking is ending, so no more spending all day Saturday at school. Perhaps I'll get back to blogging more regularly. Maybe finish a full second draft of the recent novel project. Then there are the museums I've been meaning to make time for. Books to read. Movies rotting in the Netflix queue. The painting and wine class I've been putting off...

For now, the big send-offs are happening and there's a mother-daughter trip to plan. I'm taking a breath, letting spring ease us into summer, wondering what the birds are saying, and relishing long walks on these last cool evenings before Harvey gets too old to join us and summer gets too heavy to bear. 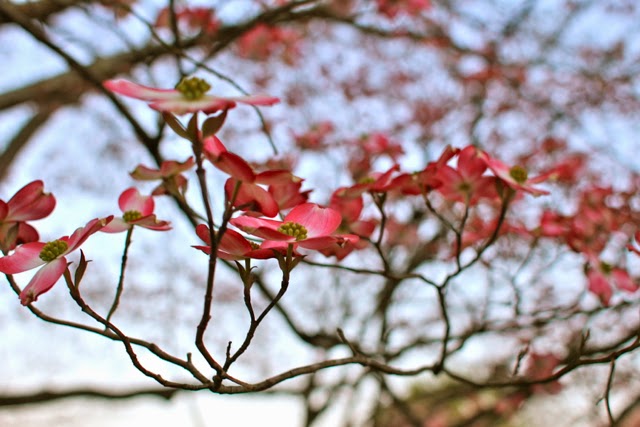 Nothing new but no less true

Yesterday, as is the case on many yesterdays, Jonathan and I ate dinner with 80s music playing in the background. There's nothing like Journey singing "Don't stop believin" over your fish sticks and mashed sweet potatoes. Sometimes it's Ella Fitzgerald and tomato soup. Other times it's James Morrison over fried eggs and sausage. But it's never as good as when those 80s ballads are playing. No really. It's never as good. Because those are the songs of my childhood, the soundtrack to my elementary school memories. So they're not just good. I don't mean they're nice sounding songs. I mean they're Good with a big G. Ultimately Good. Deeply comforting. Inextricably attached to everything pure in the recesses of my mind. Damn near holy.


There are two reasons for this almost worship-worthy status. The first is that my childhood was good and therefore its music is bundled into the nostalgia of my "good old days." The second is that my childhood was childhood. What I mean is: I didn't know much and therefore didn't have much to concern or worry me, didn't have real responsibility, didn't have everything that comes with that moment when you have to start playing along with the whole Santa thing, when you realize your body can now have a baby, and you realize that some people don't have anyone to love them or feed them and they die that way, and you realize some people are genuinely mean, and that your parents are (gasp) having sex, and that your older siblings (gasp) probably are too. Childhood means I'd not had my awakening yet, and ignorance was bliss, and the music attached to that ignorance is now a comfort.

I don't regret my awakening. I treasure it. But there's nothing in adulthood that compares to the comfort in the simple and pure ignorance of childhood. Where absolutes stood, conditions grew. Instead of simple faith, there's a wary sideways glance. Once out of the cave, there's no turning back.

I suspect the childhood foundation of not knowing is what gets us through all of these years of knowing. It provides a store of comfort for those times when nothing else will quite do. That foundation is built by the people around us, yes. But also by culture. By music. By art. By stories--those indispensable things where another person in another world overcomes, where the monster is defeated, the prize won, the mountain climbed.

So here's to Cyndi Lauper and Louis Sachar and the Muppet Babies and Men at Work and Judy Blume and She-Ra for being there even after that moment when adulthood struck and there was no turning back, and when, perhaps most tragic and beautiful of all, there was no urge to turn back but instead a longing to rush forward.