A new way to connect

In January, I was asked if I'd like to teach ESL (English as a Second Language) once a week along with a teaching partner at Mommy & Me Family Literacy, a group that works with refugee women and their children. I was excited.


See, at that time, I was still working on my Global TESOL certificate, and when you're in the TESOL program, there's this unspoken urgency about landing a teaching position, traveling the world, and changing lives like a superstar UN ambassador, sans the superstar status. We were constantly hearing the message that experience is the best possible teacher; therefore you need to get some asap. So, with almost no hesitation, I said yes.

The problem was I'd only ever been in an ESL classroom once, and that was a single day spent volunteering. Still, I had two and a half years of university teaching experience. I'd worked with students who spoke English as a second language a couple times there. And I knew how to navigate a classroom, make lesson plans, and change the plan in the moment if necessary. Plus I was halfway through the certificate program. I thought that was surely enough to prepare me to at least walk through the door.

We were to teach an abridged version of The Scarlet Letter, which is one of my favorites, and some U.S. history and government. We were provided with an excellent first lesson plan and hoped for the best. 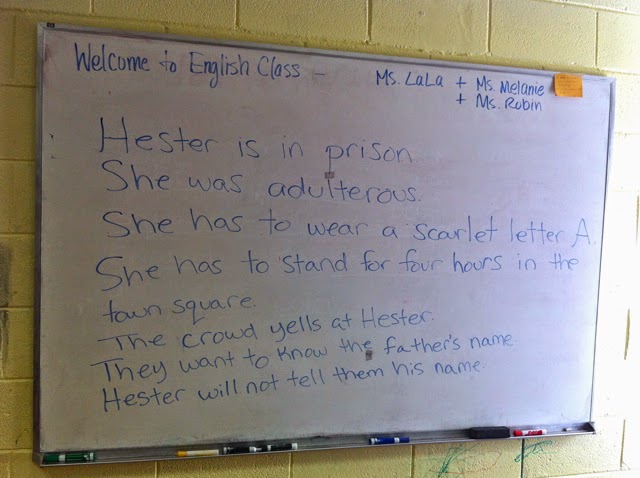 I arrived for that first day as ready as I could be and approached the classroom as usual: prepared, relatively confident, willing to turn with the tide, and, most important of all, ready to connect with the students. I say most important of all because I believe the biggest part of being a good teacher is knowing how to connect with the group as a whole and the students individually so they feel your passion for the subject and it catches like a virus. When I can't do that--when I can't connect--I suddenly lose my magical powers. It's happened at least twice before, and I've floundered both times.

First days are always weird, but as they go, ours wasn't bad! There were major differences from my usual situation. For example, the classrooms were small. There were no fancy smart boards or cushy swivel chairs. There was no student lounge with a fridge and flat screen television. There was no code to get into the building. No guard roamed the halls. And there were babies. Lots and lots of babies and toddlers, some having good days and others having seriously bad ones. Some came to class on their mothers' backs. The atmosphere was a different but exciting world, the slight chaos part of the charm. I quickly grew to appreciate the open and relaxed nature of the program. 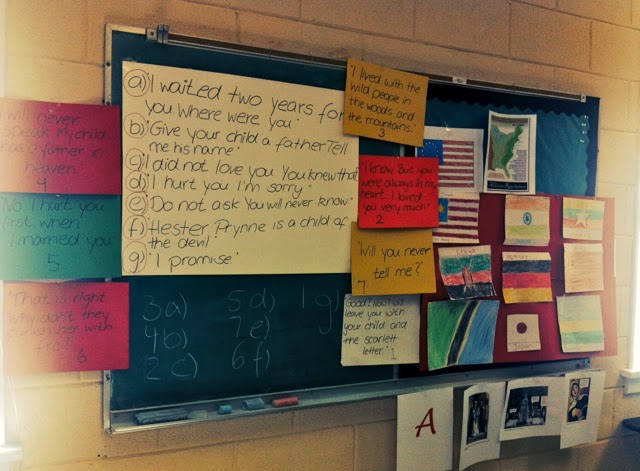 What I didn't grow used to quickly was the apparent gaping chasm between our students and me. First off, they were extremely shy. After all, consider the situation of a refugee in a bustling urban area in the United States. You speak and understand very little of the language. You can't find the right ingredients for the foods you're used to cooking. You can't find the right kinds of clothes you're used to wearing. The town is different. The homes are different. The people are different. Your husband works in a chicken factory. You're not sure how to pay bills, go to the doctor, navigate public transportation, go shopping, call for emergency help, or even Google something. You're just not sure about a lot of things. And you've got a child to worry about. What if something happens? What will you do? You just hope nothing happens. You get along as best you can.

For many refugee students, English is the key to opening up everything they need to survive in this country. For many, citizenship is their highest dream. For many, escaping refugee camp life was only the first hurdle to living a safe, contented existence with their families.

Imagine carrying all of that in with you, leaving your child in a room with people you don't know, sitting at a table with a foreign language book in front of you, and having a couple of teachers come in with Western sensibilities about how school works. You're shy. You don't know what your teachers will be like or what they expect you to be like.

Shyness, cultural differences, and the language gap would lead to weeks of us teachers saying a lot and the students saying very little, if anything at all.

I can't speak for my co-teacher, but this was especially difficult for me. Not only could I not make that vital magical connection I depend on at the university, but I wasn't even sure if we were giving them information on a level they could understand. I couldn't figure out how much they understood, and I couldn't figure out how to teach effectively without knowing how much they understood. Add to that my lack of being able to communicate a passion for the topic, and I felt like a regular old muggle. I was left wondering if teaching ESL was for me. Perhaps I'd have to try to change the world some other way.

But this past Thursday, as we said goodbye to our students for the last time, after many pictures were taken and many congratulations given, most of them could have told you who the major characters are in The Scarlet Letter, what dialog means, what the big question in the story is, who the early leaders of our country were, the basics of the major wars the U.S. has been involved in, and lots of other facts about U.S. history and government. They know loads of vocabulary related to both literature and civics. And I'd love to see you lose to them in a game of ESL Jeopardy! As we left, it was bittersweet. They'd learned something. We'd learned something. Gifts of appreciation were handed all around, including this beautiful scarf given to me by one of the students. 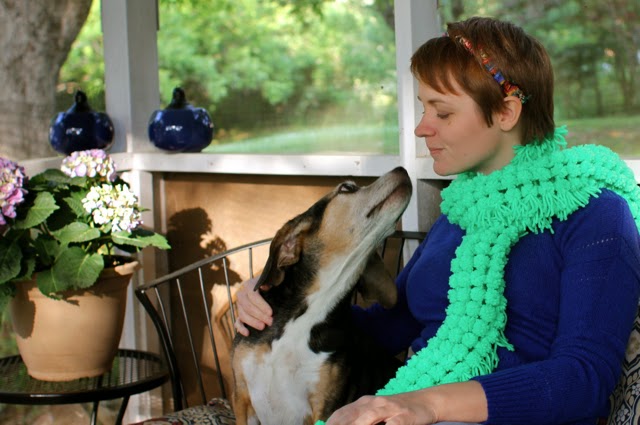 So what was the magic ingredient that brought everything together? Time.

In time, the students were more comfortable with us and we were more comfortable with them. My co-teacher and I figured out what worked and what didn't, and made adjustments as necessary. We learned that some days in an ESL classroom, you will trip over the chalkboard fifteen times. You will flush with embarrassment over saying something awkward and wonder if the students are laughing at you or something else. Some days you'll give them way more than they can absorb, leaving them feeling frustrated and you feeling discouraged. Some days the room will be hot, a child will be crawling under the table, or it will rain so hard no one wants to walk to class. There'll be plenty of days like that. The magic? Not charisma. Not even personal connections. It's patience, flexibility, and coming back next week to try again.

It seems silly now to have thought I'd go in with the same approach as I do my other courses, but it's all I knew. That's not to say charisma doesn't work. It's just that, in an ESL classroom, these things can take time, a building of trust, and a building of the students' comfort levels. Working through difficulties and celebrating small successes week by week will most likely get you there in the end. After enough repetition, repetition, and repetition, they'll begin to learn. They'll speak more, read more, write more, and understand more. They'll smile more and laugh more. They'll try harder and gain confidence. They'll get up quicker after falling down. 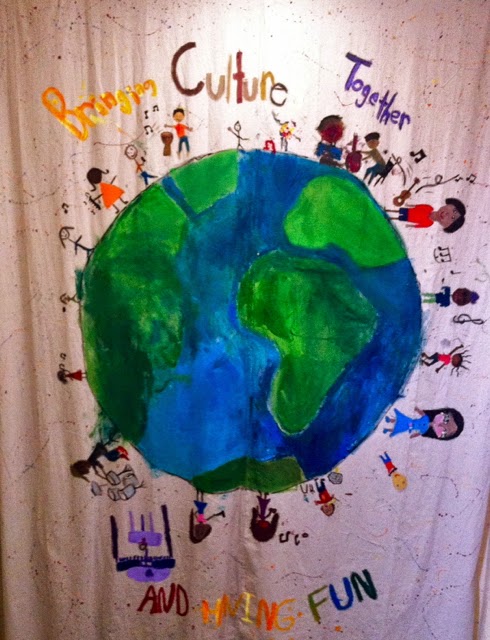 I've been so used to dealing in things more personal--in deep connections based on a common cultural experience, on shared day-to-day struggles my university students face. With this ESL class though, our day-to-day lives were different and our cultures worlds apart. The thing we did have in common was the struggle to communicate. Breaking down some of that language barrier allowed us to begin to pass back and forth across the chasm to reach out to one another.
Posted by Robin at 9:29 PM