For the expansion of culture and knowledge

You've got access to the internet. That means you can get children's books from various cultures and in various languages online anytime you like. Simple. What isn't simple in most of the United States is finding a place to browse diverse titles in person. Even independent bookstores can't afford to keep a varied inventory. But don't lose hope. If you want a culturally diverse personal library and you like flipping through the books first, I've got a suggestion: travel to Atlanta, New York, Miami, DC, Los Angeles, San Francisco, border states, state capitals--wherever there are diverse, urban populations. When you get there, don't bother with McBookstores or even independent ones. Instead, go to thrift shops, Goodwills, Salvation Armies, yard sales, festivals, and open markets.

That's where I found the following. I'm lucky to live in an urban area. Here, diversity is the norm, refugee populations abound, and, unlike much of the United States and much of my life, I have the experience of living in a place where white people are one of many large groups that make up this city life, not the majority. Our neighborhood sits between a large Korean community and a large Hispanic community. Mixed in are lots of other people who don't check any of those boxes on the census and who come from all over the world. This is an excellent situation for many reasons, one of which is the abundance of children's books I've never heard of and plenty I can't read (due to not speaking the language) showing up on thrift shop shelves all over town. This week, I found six books for the expansion of culture and knowledge, and they were all under $2 each. I got some at a local fall festival and some at a local thrift shop. I'll introduce three here and mention the other three at the end of the post. 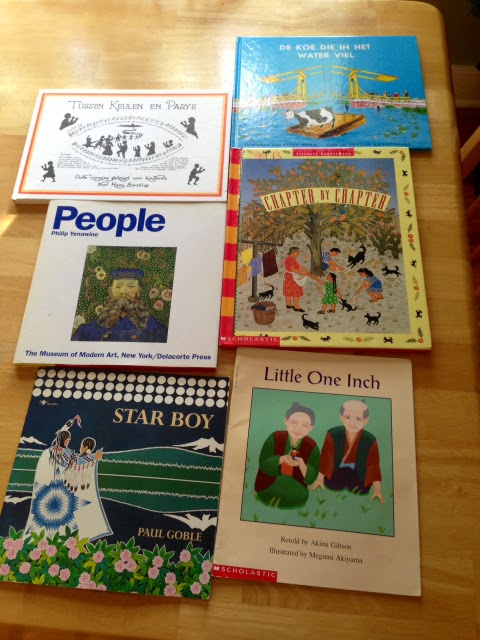 The first is Tussen Keulen en Parys (Between Cologne and Paris), by Hans Borstlap. The text is in Dutch (note: though there seem to be some Afrikaans spelling influences, such as the y in Parys instead of Parijs, the articles de and het are used throughout, so I'm going with Dutch--unfortunately I don't speak either and can't find much information on the book, so please inform me in the comments if I'm incorrect here!). The book is made up of simple sheet music to go along with rhyming songs and beautiful woodcut-style illustrations that depict fascinating scenes I can't make out without putting the text through a translator. There seem to be short verses of poetry mixed in, and lobbes bookseller says there are instructions for games included as well, such as the game that goes along with the song the book is titled after. During the game, (I think) children are to stand in a circle around one child who is the leader. They all sing the song, and when they get to the chorus, the leader is to pull a funny face or position, and the rest must copy him/her. Fun! Here are some pictures of the book. 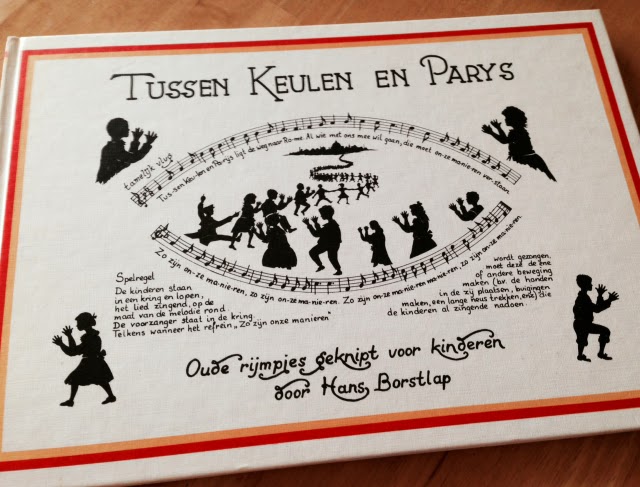 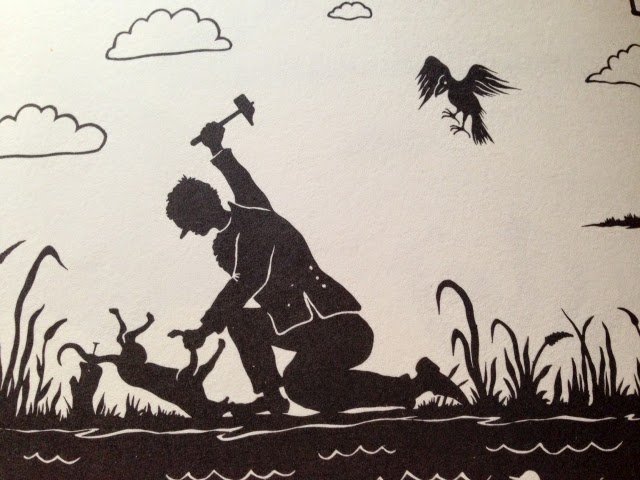 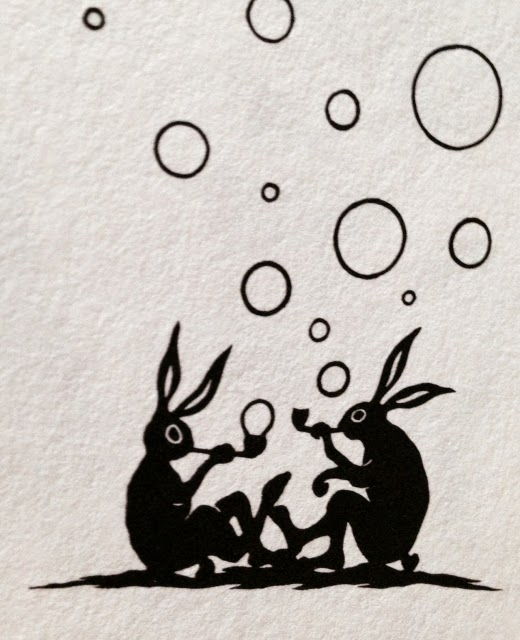 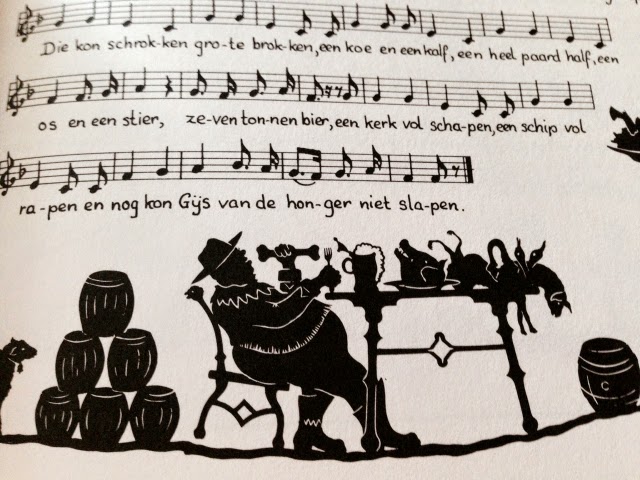 Another of the books, Star Boy, by Paul Goble, is, according to the copyright page, "the story of how the sacred knowledge of the Sun Dance was given to the Blackfoot people." It goes on to explain that the illustrations have incorporated sacred Blackfoot symbols and explains what those symbols mean. The story tells of a girl who married Morning Star, went to live in the Sky World and was punished for disobeying the Sun. As her punishment, the Sun gives her child a scar and sends them both back to earth. One day when her child grows up and falls in love, he must try to find the Sun to ask for his blessing over the marriage and, as a sign of the blessing, for his scar to be removed. If you want to know how it ends, you'll have to buy the book yourself! Here's a taste of the beautiful illustrations. 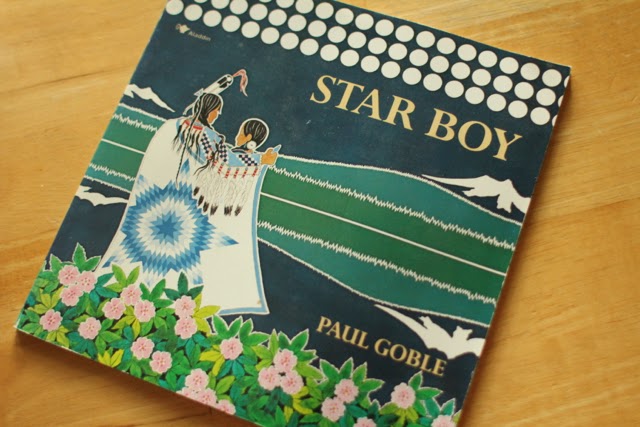 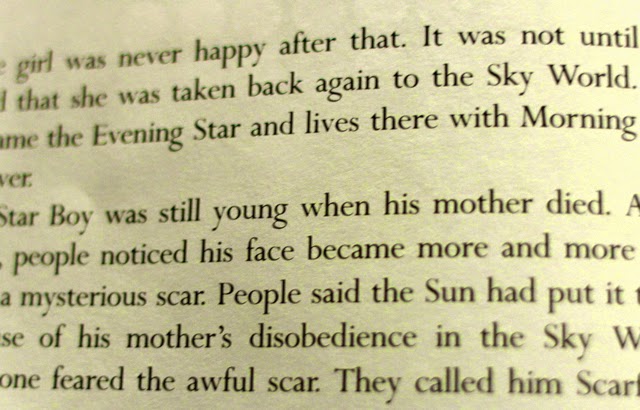 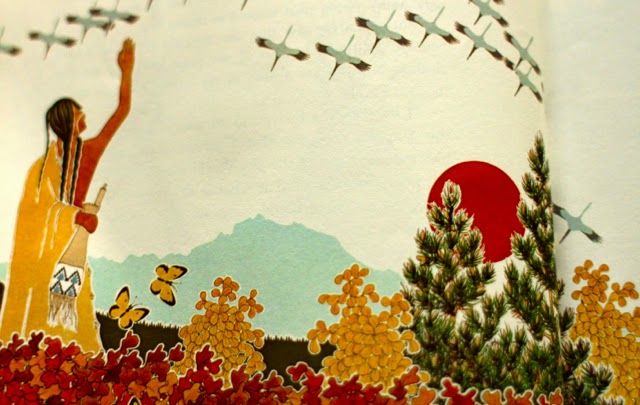 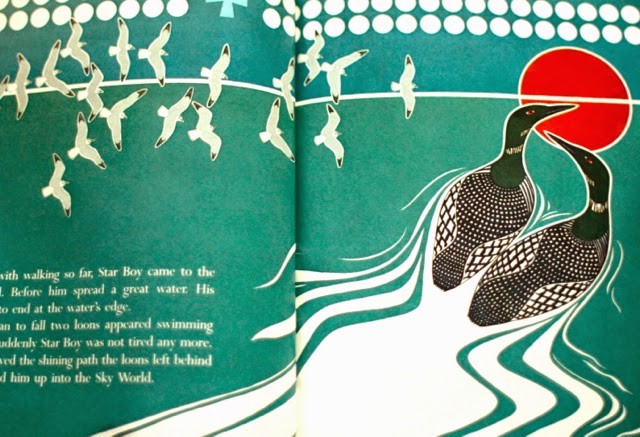 The third book, People, is by Philip Yenawine, a man who helped found a nonprofit that teaches "visual literacy" and communication through art. It's a book of pictures from The Museum of Modern Art in New York. Above or beside each picture are questions about the image that encourage the reader to look more closely at what they're seeing. The book describes itself as one that hopes to teach children "to enjoy art and think creatively." Their stance on showing art to children--"you can help them develop their innate capacities for careful observation and creative imagination"--makes a lot more sense than the ideas in this recent article. There's a growing fear that observation and imagination are being lost, especially amongst the young generations. That's why this book seems a worthy one to have in any home library. Here are a few pictures to whet your appetite. 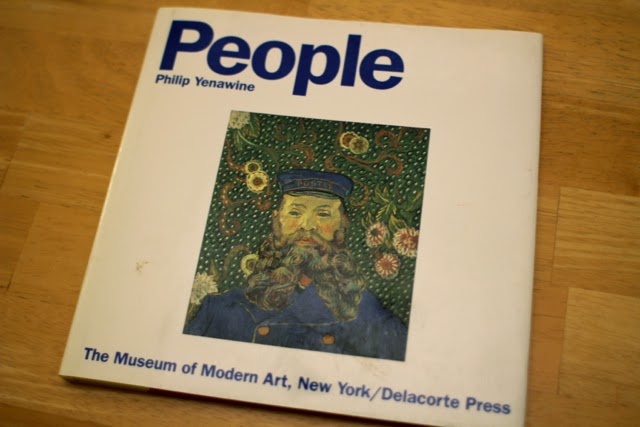 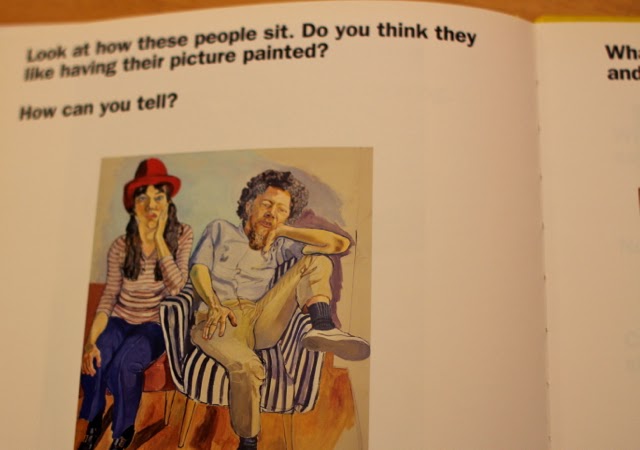 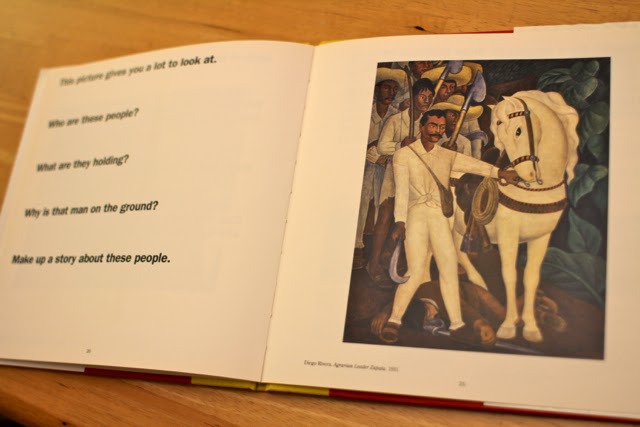 As promised, the other three: Little One Inch, a retold Japanese folktale akin to Tom Thumb, Chapter by Chapter, a surprising school textbook from the mid 90s, and another book in Dutch, De Koe die in Het Water Viel, with art by Caldecott winning illustrator, Peter Spier. Go discover why they're just as interesting as the ones described above. Or go find something else unlike anything you've read before. Even if you have to translate every word.
Posted by Robin at 1:09 AM